Hanging out with Ren.
Eating pancakes.

Nora Valkyrie is a major character from the RWBY franchise, serving as a major character in the American animated webseries RWBY, its Japanese manga prequel/adaptation, comic book series by DC Comics, and video game spinoffs RWBY: Grimm Eclipse and RWBY: Arrowfell. She is a Huntress and former member of Team JNPR. and a close friend and ally of Team RWBY.

She is voiced by Samantha Ireland. As a child, she was voiced by Kristen McGuire.

Nora is a short but muscular girl with short orange hair. Her eye color has been somewhat inconstant, though it is usually a type of green-blue such as turquoise, jade, or aqua. Her clothing usually consists of pink and white garments, typically accompanied by light blues and blacks, and usually incorporate heart shapes into their designs. She wears light metallic armor in most of her combat outfits, which almost always consist of a vest or jacket and combat skirt. Following an event where she absorbed more electricity than her Semblance could handle, she now has Lichtenberg scars on her arms and neck.

In the game's primary multiplayer mode, Nora appeared as several units. The Hammer Nora unit was a ground-based melee unit that could deal great amounts of damage, and had a special attack that could launch enemies skyward, making them unable to operate for a few seconds. The Launcher Nora unit was a long-range unit that fired grenades in quick succession at foes, dealing great damage at long range. The Pomegrenade unit had Nora team up with Pyrrha Nikos, where Pyrrha would launch Nora to a specified area to crash down and deal massive damage.

Nora is a chipper, cheerful girl. She is often bubbly and optimistic, as well as incredibly energetic. She often speaks rapidly and switches from topic to topic, as well as likes to move quickly. She will become incredibly engrossed in her situations, often playing up aspects of a role she is playing or messing with objects in her environment. She loves fighting and combat, and often uses it as a first resort and as a way to burn energy. She is quick to make friends and is extremely loyal to them.

Despite this, her energy and enthusiasm masks a more tragic, sorrowful side that stems from her abandonment as a child and hardships in life. She uses her playful and energetic personality to hide her feelings of stress, sometimes resulting in anxiety attacks.

Over time and following other tragedies and hardships, Nora leared to better balance her cheerful optimism and reserved stress. She knows when to be serious and often found herself in situation where she was forced to be calm and reserved, while still finding time to joke and be optimistic.

Much of Nora's life is based around her love for Lie Ren, starting with her constant energy being used to get and hold his attention, then later on trying to be his voice of reason and understanding. Though her love for him is still very much strong, relationship issues between the two have caused her to think of herself as more of an individual and seek an identity without him.

Nora is an extremely skilled combatant, able to fight with her large hammer while performing acrobatic flips and and spins with minimal effort. Her fighting style she describes as "be strong and hit stuff", which incorporates her immense strength into her hammer swings. She is also a skilled marksman, able to shoot grenades precisely and accurately from long distances.

Nora is likely one of the physically strongest of Team RWBY and their allies. She can bench press five times her own weight, throw other people long distances, and even hit Yang Xiao Long so hard that she broke through a roof and did not land until around two minutes later. She can easily climb and maneuver through trees and does it all while carrying her large weapon. She is also incredibly fast, able to move faster than the eye can see and appear a short distance away without anyone having noticed. She is also incredibly durable, able to launch herself with explosions and survive large hits.

Nora's weapon is a hammer called Magnhild, which she can collapse and store on her back for travel. She uses the hammer in conjunction with her incredible strength to smash and slam foes using wide swings and powerful slamming attacks. Additionally, Magnhild can transform into a grenade launcher, which fires six pink Dust grenades with high explosive yield. While in hammer mode, Nora can harness the explosions in her hammer's swings for explosive strikes or to propel herself across the ground or through the air.

Nora possesses a Semblance, a power unique to her drawn from her soul. Her Semblance, called High Voltage, allows her to produce and redirect electricity into her muscles to enhance her already incredible strength. She can channel electricity either through direct contact or by using her weapon as a lightning rod. She can also absorb electricity from Lighting Dust. She can absorb a large amount of electricity, with her first ever experience with her Semblance involving her surviving a lightning bolt; her power only grew and evolved with time after that. However, her Semblance does have a limit to how much she can absorb, and powerful enough shocks can electrocute her, such as Hazel Rainart's Lighting Dust enhancements or a highly electrified door.

Like all creatures with a soul, Nora also has possesses an Aura, a physical defense generated by her soul. This durable field is invisible except when it is overtaxed, where it flashes pink. Her Aura defends her from attack and can even heal minor wounds, but if it takes too much damage it will become depleted and will require time to return. Notably, her Aura was depleated when she overtaked her Semblance, resulting him her being electrocuted and becoming scarred. 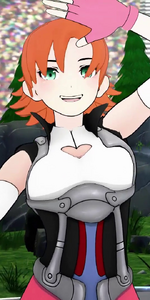 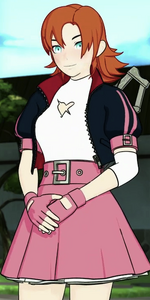 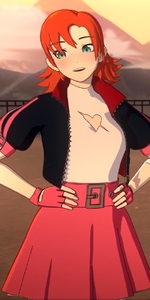 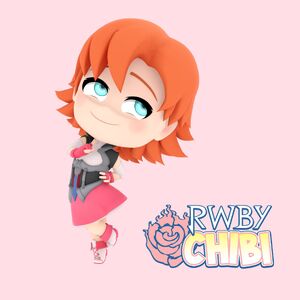 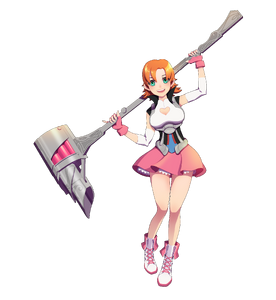 Nora as she appeared in RWBY: Amity Arena. 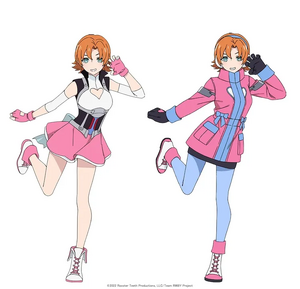 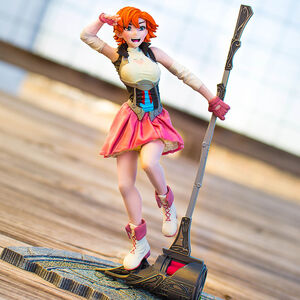 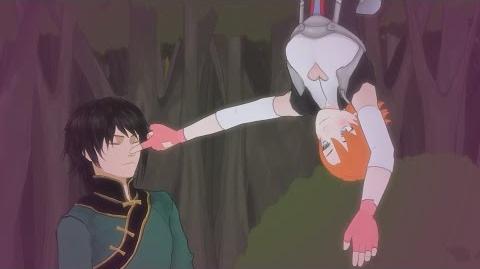