Norbert Foster Beaver (usually nicknamed as "Norb" and "Norby"), is Daggett the Beaver's laid-back older twin brother and one of the 2 main characters of the animated Nickelodeon show The Angry Beavers.

He is voiced by Nick Bakay who voices Salem Saberhagen.

Norb is an American beaver with blond fur, light brown tail, and a light purple nose. His hairstyle is not static, and he varies it for special occasions or as the plot demands. Throughout the series, Norb is often seen wearing small eyeglasses for reading, hinting that he may have inherited some vision problems from his father.

Generally well-spoken and intelligent, Norbert is a highly sarcastic beaver with a habit of performing great feats of impeccable engineering with aplomb and without explanation. While he is frequently manipulative of his younger brother and just as often condescending he shows great concern and love for Daggett, constantly soliciting and imposing hugs on the less receptive sibling. 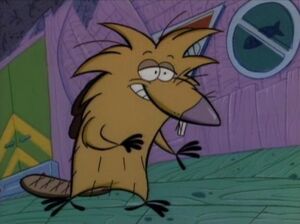 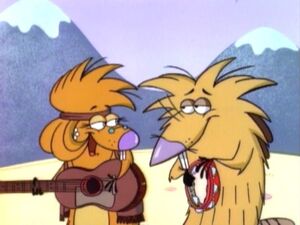 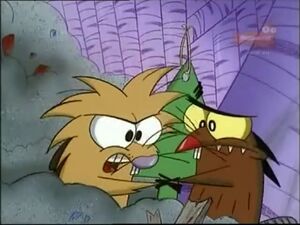 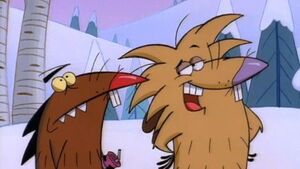 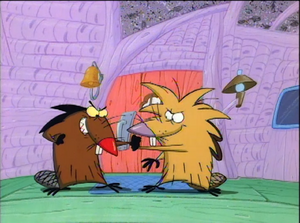 Retrieved from "https://hero.fandom.com/wiki/Norbert_the_Beaver?oldid=1644163"
Community content is available under CC-BY-SA unless otherwise noted.