Nori is a character from Barbie Fairytopia: Mermaidia and a reformed bully of the film. She is voiced by Chiara Zanni. When Prince Nalu is kidnapped by Laverna's minions, Elina asks Nori for help. They get off to a rough start, with Nori insisting she could do the work herself and being too stubborn to give Elina any information about Mermaidia because she thought Elina and Nalu were in love, which made her jealous of Elina. She even tries to out-swim Elina after Elina got the information from the Merfairies and not her, but Elina still followed her because she said she will help her find Nalu whether she liked it or not, so Elina has no choice but to follow her and let Nori lead the way. Once Nori is snatched by seaweed in the Depths of Despair, Elina gives up her wings to become a mermaid and thus swim further to help Nori. After she frees her, Elina is trapped, but Nori helps her and they both swim on for the information.

They become friends and work together to save Nalu. Elina then discovers the reason why Nori was rude to Elina when they first met. It was because Nori had a crush on Nalu, and was jealous because she thought Elina and him were in love. Nori also felt insecure because, being a commoner, she believed that she would never really have a chance of being with Nalu. Elina reassured Nori that she wasn't and Nori forgave Elina. When Nalu was saved, the Fungus threw the toxin into the lake. Elina saved it, but wasn't out of the water in time to get her wings back. Seeing Elina was upset, Nori gave Elina the true-self berry and she got her wings back. Nalu told Nori that they now could go back to what they were supposed to be doing together, placing her hand in his, and Nori was surprised, because she thought Elina and Nalu were in love. Elina told her that Nalu was only her friend, and after implying that Nori liked Nalu, he was surprised and expressed that he had feelings for her too, despite her commoner status. It is likely the two ended up becoming a couple afterwards. At times, Nori can be very tempered. She can be jealous, pushy, rude and sneaky. But once she and Elina become friends, Nori's personality changes drastically. She showed other side of her nature: helpful, kind, and daring. Nori has a blue mermaid outfit and pink tail. On her left arm is the crest of courage, blue whereas Elina's is pink, which both had gained after reaching the bottom of the Depths of Despair. Nori has blue hair and eyes, and light skin. 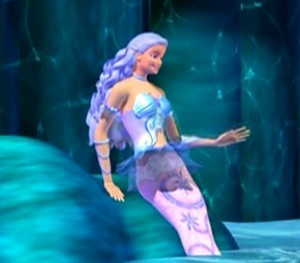 Nori in the teaser trailer 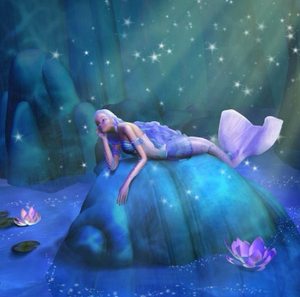 Nori's teaser look, re-used on the back cover art and a book illustration 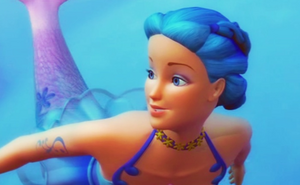 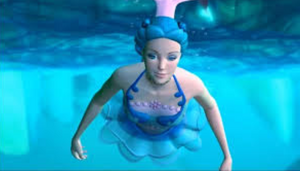 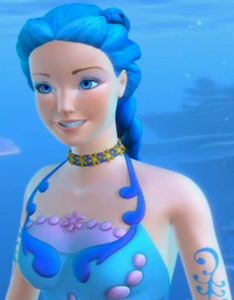 Retrieved from "https://hero.fandom.com/wiki/Nori?oldid=1649388"
Community content is available under CC-BY-SA unless otherwise noted.