Member of the Altean Army (formerly)

Maintain a friendship with Kris (both succeeded)

Norne is a young women with short pink hair tied in a ponytail and green eyes. She wears a pink tunic over white shorts with pink edges. She also wears brown boots over white stockings with gold edges, and a dark pink cape tied at the end.

In contrast to the serious demeanor of many in the Altean Army, Norne is a cheerful and friendly woman who often speaks informally. However, much like others in the army, Norne is loyal to both Altea and Marth. This patriotism was influenced by her childhood friendship with Kris, who trained to become a knight at the behest of their grandfather. Indeed, Norne has strong affection for Kris which crosses into romantic feelings if the latter is male.

Norne hailed from a small village in the country of Altea, which was in close proximity to both Altea castle and the village of Sera. In the latter village, Kris lived with their grandfather MacLear, a retired knight who was determined to have his grandchild follow in his footsteps. As part of MacLear's strict training regimen, Kris occasionally carried wood to Norne's village. Norne approached Kris, impressed with their strength, and the two began to play together with other village children after Kris delivered the wood.

One day, Norne became lost in the woods; unable to find her way home, she eventually broke down crying. Fortunately for her, Kris came across her after getting lost themselves. While the two waited for rescue, Norne claimed that she wanted to become an Altean knight herself. If Kris is male, Norne admitted that she was partially motivated because she wanted to maintain contact with him. Years later, a grown Norne ironically joined the Altean army earlier than Kris.

When a revitalized Dolhr Empire began a second conquest of Archanea, Altea's King Cornelius marched into battle with much of the army at his size. To protect the rest of the royal family, a small garrison of knights remained behind at Altea castle, bolstered by solders from the allied kingdom of Gra. However, Gra betrayed Altea, and its soldiers promptly secured the castle for Dolhr. From her village, Norne witnessed Prince Marth fleeing with his tactician Malledus and a retinue of knights. It was then that Norne decided it was her duty to fight for Marth and Altea. She successfully followed them to the coast, where the knight Draug prepared a boat that would take them to safety. After listening to Norne's introductions, Marth accepted her into his ranks, and she accompanied the retinue to the island nation of Talys, where they lived in exile for two years.

When Gazzak's Gaulter pirates assaulted Talys, Marth, Norne, and the rest of Marth's retinue assisted Princess Caeda in routing the mauraders. After the island's successful defense, King Mostyn advised Marth, Norne, and the rest of Marth's band to take arms against Dolhr's dominion over Archanea. Norne helped Marth's army free Aurelius from the tyranny of Dolhr's ally Macedon. During Aurelis' liberation, Marth befriended its prince, Hardin, and together with Princess Nyna of the Holy Kingdom of Archanea, unified their armies to form the Archanean League. The League next travelled to Nyna's Kingdom and ousted the occupying Dolhr force. When the League marched to Gra, Norne helped avenge Altea by storming Gra Bastion and assisting with the killing of King Jiol. She also contributed to Altea's liberation, the defeat of Grust and Macedon, and the storming of Dolhr itself, where Marth killed its leader, the Earth Dragon Medeus, and ended the War of Shadows. After the war's conclusion, Norne returned to her village to resume a peaceful life.

For a year after the War of Shadows, Norne lived quietly. However, unbeknownst to the people of Altea, Hardin, who became the first Emperor of Archanea following his marriage to Princess Nyna and reconstruction of the destitute Holy Kingdom, had fallen into depression upon realizing her motivation for marrying him was purely political. The Dark Pontifex Gharnef, Medeus' right-hand man during the War of Shadows, sensed an opportunity to resurrect the Earth Dragon and visited Hardin in disguise. Gharnef offered Hardin the powerful Darksphere, which amplified his negative emotions and twisted him into a malevolent conqueror. As Hardin's resentment towards aspects of Marth degenerated into hatred for his former friend, he plotted to invade Altea. To give himself a pretext for the attack, he sent Marth a letter requesting the latter's help suppressing a rebellion in the Archanea-occupied Grust. Hardin knew that Marth would bring strong soldiers with him on his mission, greatly weakening Altea's defenses, and would also turn against the dishonorable occupying leader General Lang, giving ample reason to declare war. Indeed, Marth eventually defied Lang, and the Archanean army devastated Altea.

As Archanea occupied Altea, Norne fled her village, determined to find Marth. While searching for him she encountered Frey, an Altean knight and instructor to knight recruits who was at Altea castle during the attack and one of the few who escaped during its assault. Together, they reunited with Marth as the latter prepared to enter Olbern Keep and end Lang's reign of terror. Norne was also overjoyed to reunite with Kris, now a member of the 7th Platoon and Royal Guard to Marth. After Lang's defeat, Norne accompanied Marth and Kris in their war against the Archanean Empire, and later their campaign against a resurrected Gharnef and Medeus. After the war's end, Frey retired once again to her village to live an ordinary but peaceful life.

An Einherjar of Norne is available as a bonus ally to the Shepherds through SpotPass. A second Norne Einherjar appears in the three Lost Bloodlines xenologues. In the first xenologue she allies with the Shepherds, believing that King Marth has summoned them to help fight against Jugdral Einherjar. However, this Norne opposes them in the second xenologue, where Jugdral believes that they summoned the Shepherds to battle Archanean and Valentian Einherjar, and the third xenologue, in which the Shepherds seal both sides back into the cards they were summoned from.

Norne was made available to summon by players on September 19, 2019. Her outfit is based on her design in Shadow Dragon and New Mystery of the Emblem.

Norne's portrait in Fire Emblem: New Mystery of the Emblem. 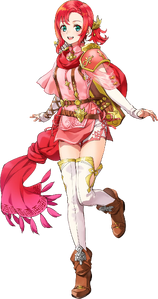 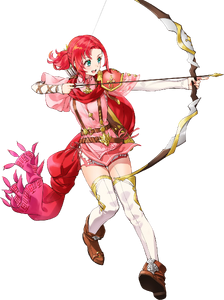 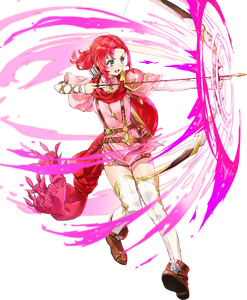 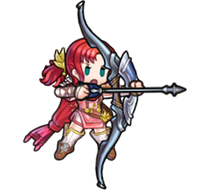 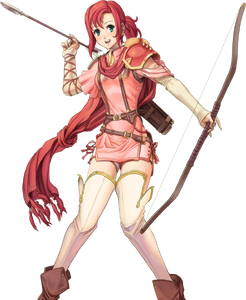 Norne's artwork from Fire Emblem: Shadow Dragon.
Add a photo to this gallery

Retrieved from "https://hero.fandom.com/wiki/Norne?oldid=2131006"
Community content is available under CC-BY-SA unless otherwise noted.