King of the Worlds in the North

Wise Mentor
Kaio (界王 Kaiô, literally, King of the Worlds), North Kaio (北の界王 Kita no Kaiô, literally, King of the Worlds of the North), or King Kai in the Funimation dub, is a hero in Dragon Ball Z and Goku's martial arts teacher, and later mentor. He also taught Piccolo, Tenshinhan, Yamcha, and Chaozu. His planet is at the end of a long winding road known as Snake Way, where he teaches powerful, new techniques such as the Genki Dama and Kaio-ken. Despite the fact that his planet is around 100 feet in diameter, its gravity is 10 times greater than Earth's. He has a monkey named Bubbles and a motor-mouth grasshopper named Gregory as pets. He is the Kai from the north of Universe 7. He has a heated rivalry with West Kai.

Kaio first meets Son Goku when Goku journeys to his planet to seek his training. Kaio teaches Goku the Kaio-ken attack, which doubles the users power and a red aura which surrounds them.

Before the Cell Games, Goku teleported to Kaio's place to get a better sensing range so he'd find a new guardian for the Earth. Later, during the Cell games when Cell is fighting Gohan and is caused to revert into his semi-perfect form, Cell decides to take the Earth with him and tries to self destruct. Goku makes a last second decision and teleports him to Kaio's planet where he explodes, destroys the planet and kills Goku, Kaio, Bubbles, and Gregory. 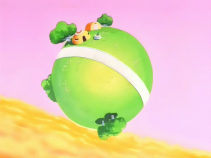 North Kaio, after Goku uses the Genki Dama on Freeza. 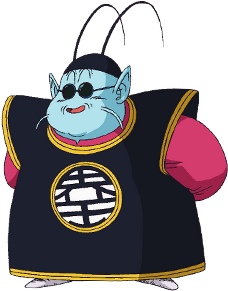 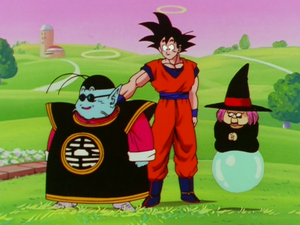 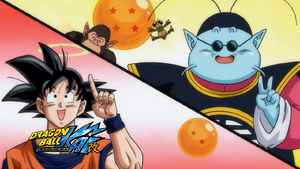 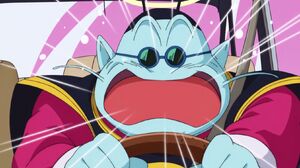