Hanging out with the apes, playing

Help Caesar save the Ape Colony

Kid with Courage
Nova is the main human protagonist of the 2017 film War for the Planet of the Apes. She is the adopted human daughter of Maurice and Caesar's chief human ally.

She is portrayed by Amiah Miller.

Nova is a mute little girl with a strong kind heart. At first, she was frightened by the apes. But as she begins to travel with them, Nova sees the Ape Army's good side and quickly learns one of their most important laws "Apes Together Strong". Nova has a strong bond with her adopted ape father, Maurice. When Ceasar and his apes are being held prisoners, Nova is the only one that shows them compassion and kindness as they did for her. She is also very brave in many situations; like helping the apes who are starving and help them escape.

After Caesar shot to her caretaker, Nova is adopted by Maurice, because the orangutan cannot leave her alone, or else probably died. Nova was also infected by a new version of the Simian Flu, she cannot speak. Nova joins Caesar's ape group to find Alpha-Omega's Soldiers. During the journey, Nova befriends with Luca, he he gives her a flower, however, Luca gets killed by a soldier and she returns the flower to him. Caesar leave his group to face the Colonel alone, however, Caesar is captured by Red and the Colonel McCullough he intends to exploit monkeys to build a wall. Nova enters the field, and she nourishes and quenches Caesar, now exhausted because of the torture received. She left her doll in Caesar's cage, the Colonel take it and remains infected too because of Nova's blood. After the end of the war between humans and apes, Nova remains with Caesar's Ape Colony. She is seen playing with Cornelius while Caesar died after telling to Maurice that the apes are strong with or without him. Nova is also the proof that the coexistence between humans and apes is possible. 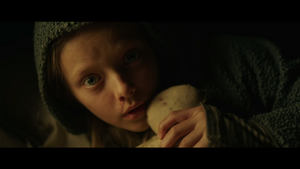 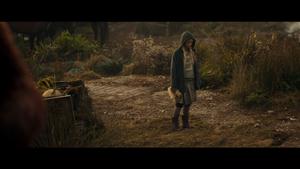 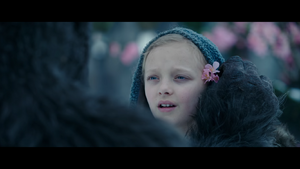 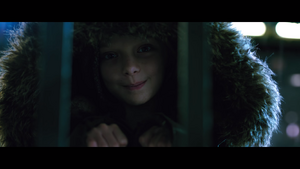 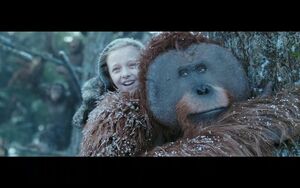 Add a photo to this gallery
Retrieved from "https://hero.fandom.com/wiki/Nova_(War_for_the_Planet_of_the_Apes)?oldid=1911296"
Community content is available under CC-BY-SA unless otherwise noted.