Master Nurzak (by Ren and Mason),


Member of the Battle Brawlers,
Prime Minister of Gundalia


Gather knowledge on the Scared Orb,
Help the Battle Brawlers stop the Neathian-Gundalian War and bring peace to both Worlds (all succeeded)

Nurzak (ナザック Nazakku) is a former antagonist and major supporting character of Bakugan: Gundalian Invaders. He is a gundalian who was formerly the leading Subterra Brawler for the Twelve Orders. Nurzak is also the adviser of the previous emperor of Gundalia and Barodius' father who also believe that the Sacred Orb is far too dangerous and would caused calamities to the entire galaxy and the lives within all planets.

His Guardian Bakugan is Subterra Sabator and uses Chompixx as his Battle Gear. In Bakugan: Mechtanium Surge, he is now the Prime Minister of Gundalia. Nurzak is also now one of Dan Kuso's greatest allies and serves as an grandfather-figure to the Battle Brawlers (especially Fabia Sheen and Ren Krawler). He hated Barodius (the former emperor of Gundalia) for using the Gundalians for his own selfish, evil purposes. 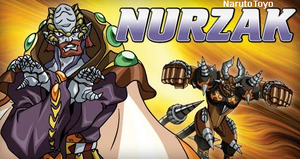 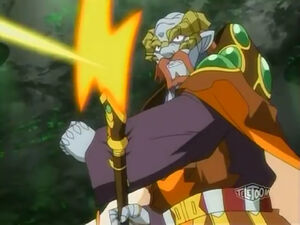 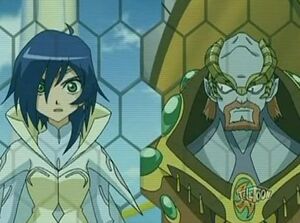 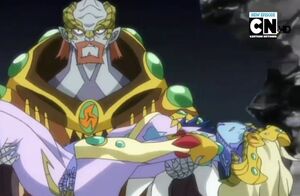 Retrieved from "https://hero.fandom.com/wiki/Nurzak?oldid=1726690"
Community content is available under CC-BY-SA unless otherwise noted.