Care for their regions of nature

Serve their deities, goddesses, or gods

Nymphs in Greek mythology and Latin mythology are minor female nature deities typically associated with a particular location or landform. Different from other goddesses, nymphs are generally regarded as divine spirits who animate nature, and are usually depicted as beautiful, young nubile maidens who love to dance and sing; their amorous freedom sets them apart from the restricted and chaste wives and daughters of the Greek polis. They are beloved by many and dwell in mountainous regions, meadows, woods, forests, the sky, groves, valleys, in trees, lakes, springs, rivers, brooks, freshwater, saltwater, ocean or seas, and streams they love and protect the animals, plants and other things that dwell over the different regions that they control. There are a lot of different Nymphs and each of the many subspecies has its own name depending on what they preside over.

They are not only know as minor goddesses but are also called spirits they are bound to the places they nurture, love and care. They can not die of age or illness the only way they die is when the region that they look after is destroyed.

They were often be chased by the stick gods, demigods, Satyrs or human men for their beauty. The Nymphs would use their powers or ask the gods and goddesses who protected them to escape from the lust of those chased them sometimes changing into a plant, animal, stone, constellation, or a body of water. Not everything that Nymphs change into is for protection some of them have been turned into monsters and cursed by the gods as punishment.

While all Nymphs care and protect each of the regions that they live in and protect the animals there. Depending on the type of Nymph some species were kind and helped humans who were in that region and some spices were hostile to humans leading them to their doom. Each species is different the Nereids helped sailors and fishermen but the Sirens killed sailors.

While most of the Nymphs are children of the Primordials Ouranos and Gaea some of the are children of the titans and Olympians as well. Some were even mortal women who had human parents and we're turned into Nymphs by the greek deities. Though some species are non hostile to humans and some species are hostile to humans they are all fertile beings that are associated with all the fertile things in their regions of nature that they control. Some groups of Nymphs are mentioned as healers or nurses they help the gods, mortals and animals by healing or nursing.

While some Nymphs were turned into plants, animals, constellation, stone or bodies of water to honor them and keep them safe. And some turned into monsters or other things as punishment the Nymphs who stared out as human were turned/changed in spirits or minor goddesses and taken in for protection. Mortal, monsters and gods who sometimes lusted and chased after the human girls tried to force those to love the deities, gods, and goddesses who felt pity for them would step in and bring them to their side. Unfortunately even though the females who became Nymph spirits learned they still weren't safe because some of the male men, deities and monsters would bother Nymphs as well not just human females. When some of the girls who were changed into Nymphs or the Nymphs changed into something else they were scared, praying, sad or heartbroken about something.

One of the stories of sadness and heartbreak for some Nymphs is the story about Helios son Phaethon who tried driving the sun chariot and made many mistakes with it because he foolishly thought he was ready. After his death his Nymph sisters were weeping for the death of their brother and their father's favorite son. The gods believed that Phaethon should die for his mistake and then felt sorrow when they saw how sad Helios family was about Phathon's death and turned the sun god's Nymph daughters into trees. 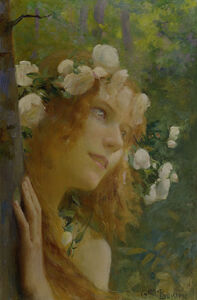 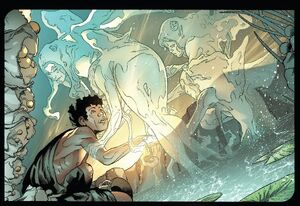 Hylas and the Nymphs in the Marvel comics. 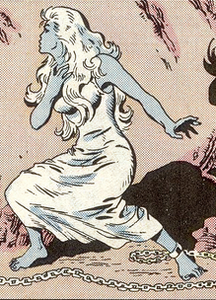 Miri, a water Nymph in Conan the Barbarian. 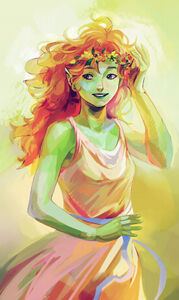 Juniper, a Dryad in Riordan's Percy Jackson and the Olympians. 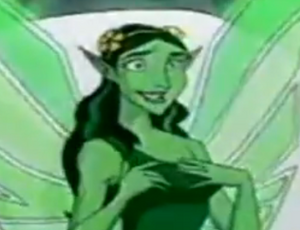 A Hesperides Nymph in the cartoon Class of the Titans. 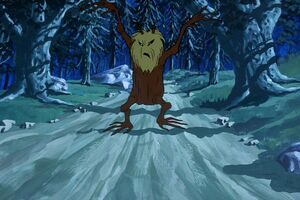 The Joker disguised as a Dryad in The New Scooby-Doo Movies. 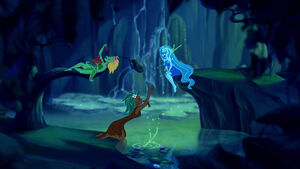 Nymphs in the Disney movie Hercules. 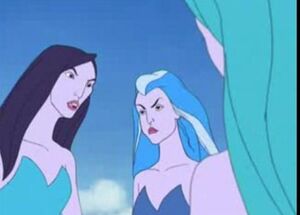 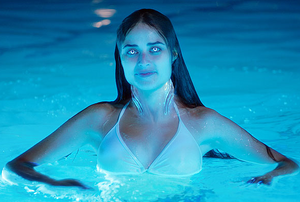 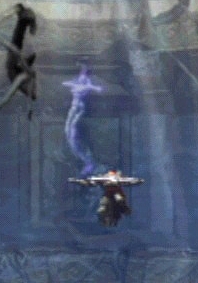 Nyads/Naiads in the video game God of War.
DaggerfallNymph.png
A Nymph standing in water in Elder Scrolls: Daggerfall. 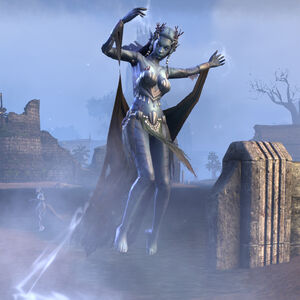 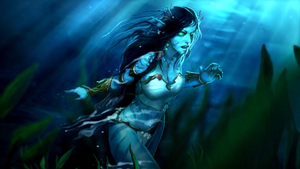 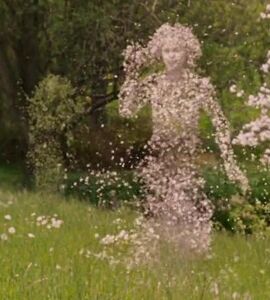 A Dryad in the movie Narnia. 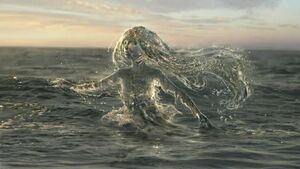 A Naiad in Narnia: Voyage of the Dawn Treader. 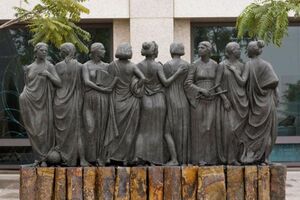 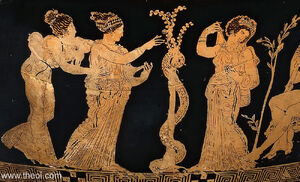