Tinker Bell and the Legend of the NeverBeast

Nyx is a Scout-talent fairy incredibly loyal and devoted who appears as a antagonist in the Disney Fairies film Tinker Bell and the Legend of the NeverBeast, voiced by Rosario Dawson.

As a Scout Fairy, she protects all of Pixie Hollow from any dangers or threats, also leads a team of fellow scout fairies who follow her commands without question. She is known to be quite tough and the kind of person who will fight until the fighting is done. She never backs down and will do whatever it takes to ensure the safety and wellbeing of Pixie Hollow and its people.

Initially, Nyx shows some distrust of Fawn due to Fawn's habit of caring for dangerous animals close to or within Pixie Hollow—including snakes, hawks, etc. Nyx also perceives the Neverbeast as a threat to Pixie Hollow due to her misinterpretation of the legend.

Nyx places the safety of Pixie Hollow's fairies above all else. She has a commanding presence and no-nonsense attitude but also softens when she is being affectionate with her friends. Nyx has skills in gymnastics, defensive flying, strategy, and fighting. Her weapon appears to be a black-and-white striped porcupine quill which matches the scouting-talent fairy uniform.

As a fairy, she is capable of flight, though this skill is nullified should she run out of pixie dust. She is a scouting-talent fairy, meaning that she and her team keep the fairies of Pixie Hollow safe from hawks and any other kind of dangers. While talking to fairies and other small creatures, she speaks normally, while humans perceive her speech similar to a bell's ringing.

Like all fairies, she is immortal, but it is unclear whether or not it is because of their biology or the magical properties of Neverland. 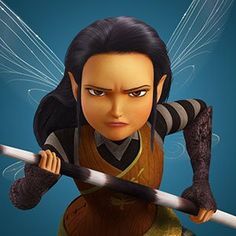 Nyx puts the foot down 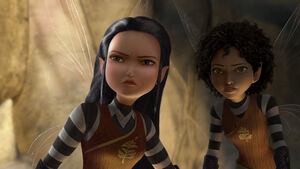 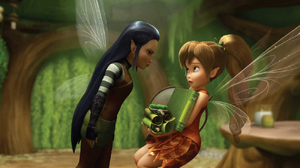 "Look, this thing might be a threat to Pixie Hollow. If you find out what made that roar, I need to know. Are we clear?" Nyx threatening Fawn 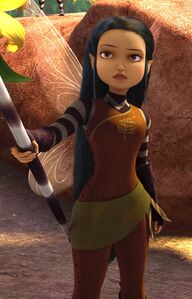 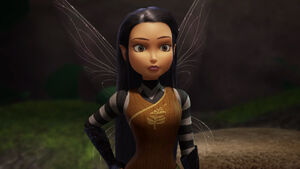 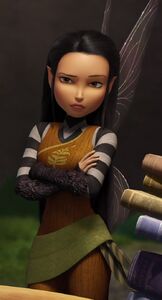 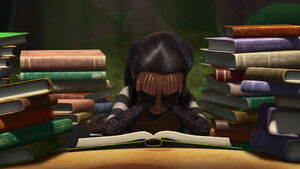 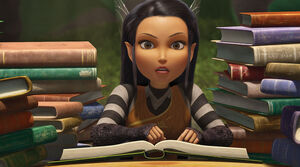 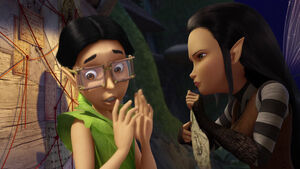 "Tell me everything you know about this." Nyx angrylly stare and cofronting Scribble 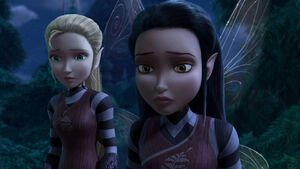 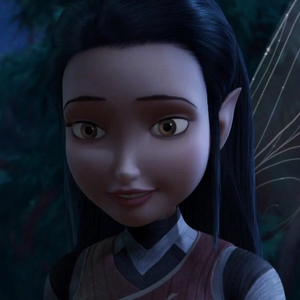 Retrieved from "https://hero.fandom.com/wiki/Nyx_(Disney_Fairies)?oldid=2294734"
Community content is available under CC-BY-SA unless otherwise noted.