Starfighter
The OF-3 Garuda is one of the two protagonists of the 1992 Shoot 'Em Up video game Image Fight II: Operation Deepstriker. It is a successor OF-craft of the OF-1 Daedalus created by the western part of Earth three years after the events of Image Fight. Alongside its predecessor model for support, the OF-3 Garuda was sent to battle an unknown Alien Armada that was plotting to invade Earth.

Following their victory in the war against the Boondoggle invaders, the Western Hemisphere began further improving the overall design of the OF-1 Daedalus (since the original craft was destroyed in the true ending), although the OF-1 remained in service for reserve.

One early prototype was the OFX-2 Valkyrie, which improved upon the capabilities of the Force device the Daedalus had used in the earlier war, but this model had its flaws and was not largely used for major combat purposes.

Three years following the war, the Western Hemisphere developed a better prototype called the OF-3 Garuda which further improved upon the overall abilities of the two preceding models; but before it went into service, an unnamed alien armada located between the planets Saturn and Uranus was preparing an invasion against the planet Earth. The Western Hemisphere launched several OF-1 models to counter the potential invasion, but was unsuccessful, resulting in the destruction of all OF-1 crafts involved except for one piloted by Gregory Klaus, who afterwards retires from piloting and becomes a mechanic for the military instead.

Later, a new pilot named Sho Sawamura is summoned by Admiral Neil L. Fargason following a rescue of a military convoy and two successful simulation missions with the OF-1 Daedalus (inheriting the name of the original craft). There, Sawamura is introduced to the new OF-3 Garuda model much to his enthusiasm. Afterwards, the OF-3 Garuda is place into service and effectively replaces the role of the OF-1 Daedalus as the new protagonist.

Sho pilots the new craft against various Alien forces before confronting a familiar OF-1 craft. Sho then recognizes the pilot as his own father Masaya Sawamura, who was thought to be among the victims of the unsuccessful assault earlier on, but is in fact very much alive. The elder Sawamura however is revealed to have been infected by Alien forces and was brainwashed into being the commander of the spearhead forces of the armanda. Still having some free will, Masaya orders his son to stand aside as the armada's main battleship prepares to fire a destructive cannon wave. Sho evades the blasts before being forced to resort to eliminating his father to deliver him from his infectious misery. Sho successfully destroys Masaya's craft, killing him the process.

Sho then uses the OF-3 Garuda to finish off the remaining alien forces, succeeding in the mission that his father and the OF-1 he was piloting failed to complete.

Like its predecessor, the OF-3 Garuda uses a number of similar weapons and technologies for use in combat for a variety of situations. By contrast however, many of its Force weapons are different from its predecessor's. 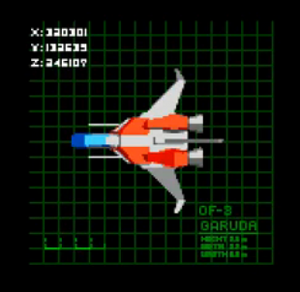 The OF-3 Garuda in Image Fight II: Operation Deepstriker 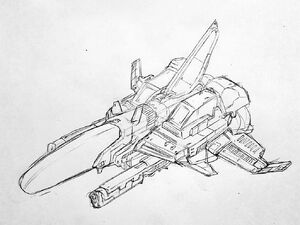 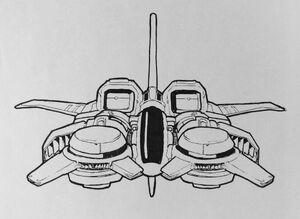 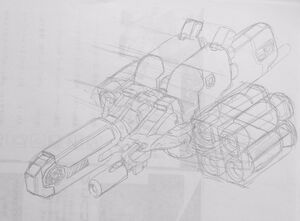 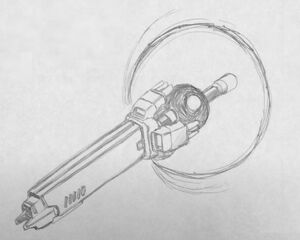