Oblina is the iconic deuteragonist, later true iconic main protagonist of Aah! Real Monsters. She often fights with Ickis, one of her two roommates. Oblina goes to the Monster Academy for an education. She is the brains of the group and is very well behaved, unlike Ickis and Krumm. Oblina treats Krumm very well, so much that once Krumm thought that she had a "squish" on him. She is a hard worker.

Oblina comes from a wealthy monster family. She is shaped like a black and white, upside down candy cane.﻿ Oblina is believed to be the Gromble's best current student. One of her favorite methods of scaring humans is reaching within herself and pulling out her internal organs, and she has considerable talent for shapeshifting into various terrifying forms. She also has a talent for inducing nightmares in humans, by sticking her finger in their ear and tickling their brains while they sleep. Oblina is interested in reading and is very practical.

She was voiced by the late Christine Cavanaugh, who also voiced Dexter from Dexter's Laboratory, Gosalyn Mallard from Darkwing Duck, Chuckie Finster from Rugrats, and Babe from Babe and Babe: Pig in the City. She also live-acted as Mailwoman/Ranger Mona on Salute Your Shorts. 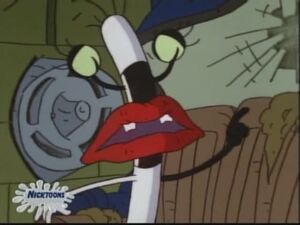 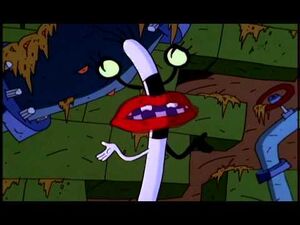 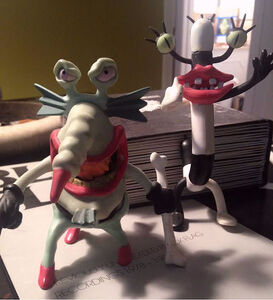 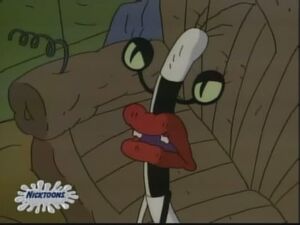 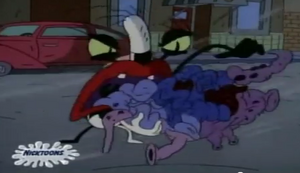 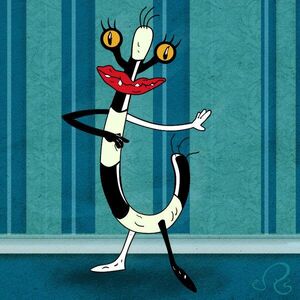 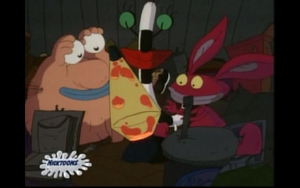 Retrieved from "https://hero.fandom.com/wiki/Oblina?oldid=1860132"
Community content is available under CC-BY-SA unless otherwise noted.