Having fun with her friends, especially with Izuku

Become a Pro Hero so her parents can live easier lives

Ochaco Uraraka (麗日お茶子) is the first main heroine and one of the two main tritagonists in the manga/anime series, My Hero Academia. She is a student at U.A. High School training to become a Pro Hero. She is one of Izuku Midoriya's closest friends, and has a crush on him.

Ochaco is a very open-minded, nice, cheerful, lively, outgoing and optimistic girl. She gets easily excited over little things and has a habit of overreacting with exaggerated facial expressions just like Izuku.

Beside this, Ochaco can become extremely determined, focused and intimidating in certain situations. Due to her time around Izuku, she has picked some of his habits such as his tenacity and ingenuity in battles. She greatly admires Izuku whom she calls "Deku", a nickname she thought was cute (even though he used to hate it) and seeks to be like him with regards to his skills and dreams. Following a classmates' teasing, Ochaco realized she has developed feelings for him but is too shy to admit and ran off when near him after being confused by her thoughts. Later on, she has resolved to hold them down for the time being to better focus on her dream. However, Ochaco's feelings for Izuku resurface as she saves him from being absorbed into the black energy created by All for One.

Her parents are her motivation as to why she has decided to become a hero, specifically, in order for them to live an easy life. Despite her embarrassment to admit it, she does her best in school with a pride for them which makes them happy.

As a hero, her heroine identity is Uravity (ウラビティ Urabiti) and her quirk is Zero Gravity, a power to manipulate gravity such as making objects weightless or making objects float, even she able make herself to fly. However, her quirk still has a limitation. A drawback to this Quirk that if it is used too much (around three tons) or if she makes herself float, she will suffer from nausea and possibly vomit as a result. Her hero costume is made for minimize this negative effect when she use her quirk. 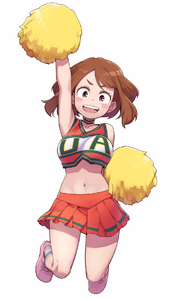 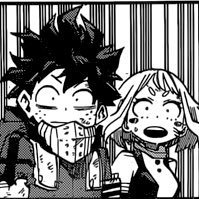 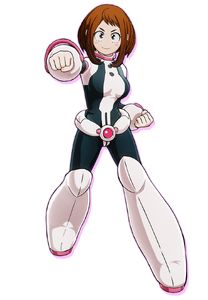 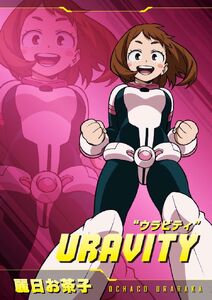 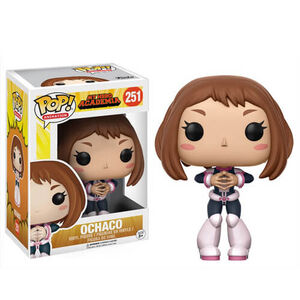 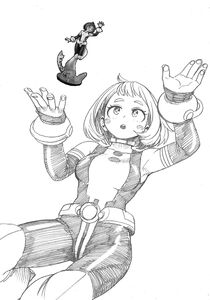 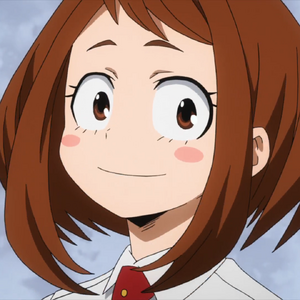 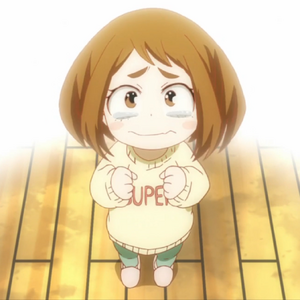 Ochaco as a child.

Ochaco in a formal dress. 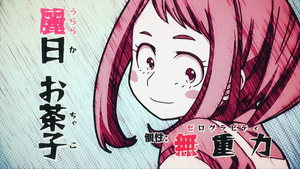 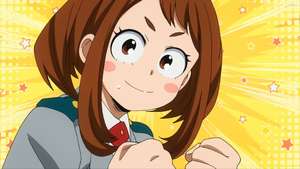 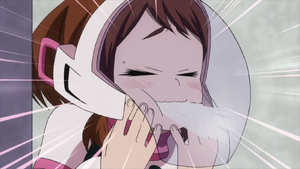 Ochaco trying not to laugh 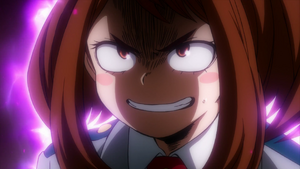 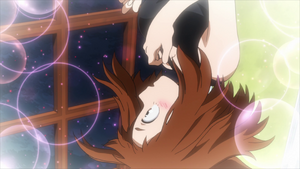 Ochaco having developed feelings for Izuku. 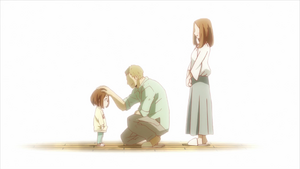 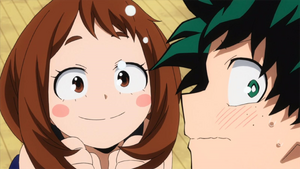 Ochaco too close to Izuku
Add a photo to this gallery

Retrieved from "https://hero.fandom.com/wiki/Ochaco_Uraraka?oldid=1727007"
Community content is available under CC-BY-SA unless otherwise noted.