To keep Top Cat and his gang out of trouble.

On & Off Official
Officer Charlie Dibble is an NYPD Policeman (at the age of 45) whose beat includes the alley.

Mostly he is usually the minor antagonist and anti-hero of Top Cat.

He is usually an authority figure on the show and by-the book cop, who is always harassing and bullying Top Cat and his friends. His full name is discovered in the episode "T.C. Minds the Baby" where TC and the gang found an abandoned baby and named him 'Charlie' after Officer Dibble. Though he usually resents the gang's presence in the alley, there are times when he respects and loves them. He wants TC to clean up the alley and to stay off his telephone. Mostly Dibble always catches Top Cat using the police phone, but he always trying to arrest Top Cat. Top Cat always found a way to get out of it in a minute.

He is similar to Ranger Smith in Yogi Bear series. Dibble's superior is Sergeant Murphy. Is sometimes called variations of his name by TC such of Dabble, Drubble, Dripple and so on. In reference to this character, 'Dibble' has been adopted as an English derogatory slang term for Police Officers. In the movie, his life long dream is to become the chief of police and is revealed that he works overtime at his police work to impress his chief who is retiring. It also reveals his birthday date (December 18 which is the same as Lou Strickland), his favorite food, tuna fish sandwiches, enjoys fly-fishing, and even kept his lucky penny in his shoe (which is actually a nickel). In Top Cat Begins, his police uniform is similar to Ranger Smith's He is voiced by Allen Jenkins in the TV series, John Stephenson in Yogi's Treasure Hunt and Top Cat and the Beverly Hills Cats.

Bill Lobely Voiced him in the 2011 and 2015 movies, Top Cat the movie and Top Cat Begins 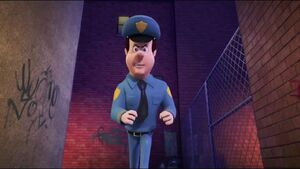 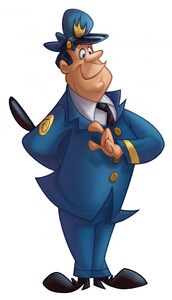 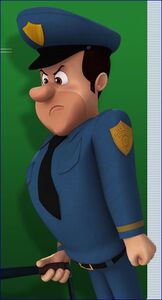 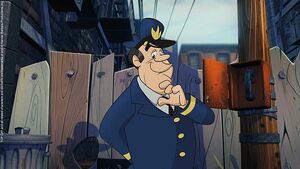 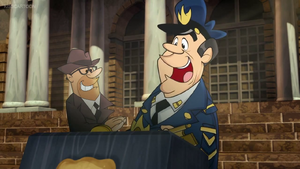 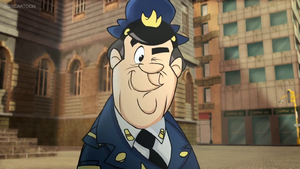 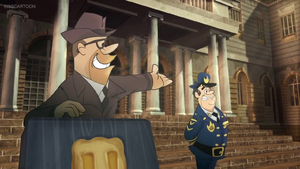 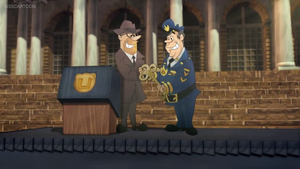 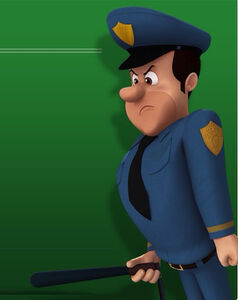 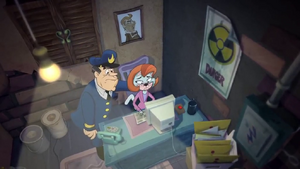 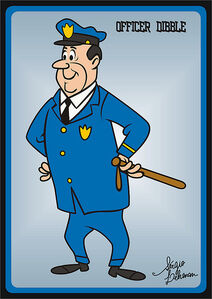 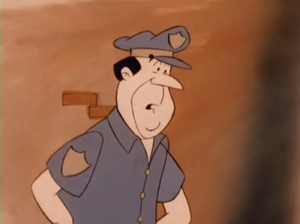 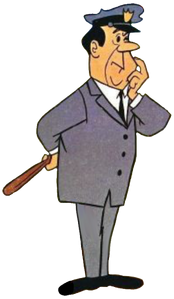