Whenever he is first met when he is just a head, he is mostly white with blue eyes.

The first body he claims to replace the one he lost is a dark grey color.

When he acquires a new body on the Arca Plant, it has a black and white color.

Being a robot, he cannot make use of magic nor can he enlist in magic-based classes.

He was first encountered in the Ozzete Wetlands after the Octo Diablo monster consumed his body, forcing Kai and Ana to carry him until they can find him a new body.

He was able to get a new body after exploring Oblivion City Paru after reports of a video recording of a character resembling the main character.

When the Kai holds off the Rohjades attacking, Ogi holds onto Sarisa as she calls out his name as they and the player get teleported to the moon.

When Ogi gains a new body on the Arca Plant, he found out the truth about Mother Trinity as a result of the body's stored memory. 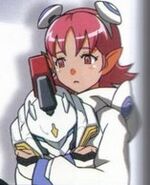 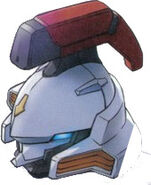 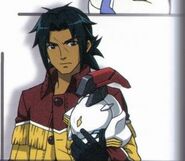