Help her husband to protect the world.

Selfless Amazon
Oichi (Japanese: お市) is a heroine in the Samurai Warriors video game series. She is one of Nobunaga's younger sisters and Nagamasa's wife.

Oichi is a kind-hearted and gentle person who believes in her loving ones. After Okehazama helped her brother, she joined the Oda team at Inabayama Castle. Although worried about the feelings of Nouhime, the old man only said that she was making a choice to calm her down. Considering Noh, she married Nagamasa and was forced to fight her brother in Anegawa of the many years later. In order to find another solution to the conflict, she believes that Noh can convince Nobunaga to stop while defending her husband and Yoshikage.

If she fails to succeed in any task, she will fight her brother and believe that she is the only one who can kill him. Although Oda officials and her husband tried to discourage her from leaving the road, she also helped Azui march in Azuchi Castle in order to occupy Nobunaga's life. They succeeded and Nagamasa became the almost unifying of the land. Noh, angry at the death of Nobunaga, led the rest of the Oda officers in the Honnōji rebellion. While they were fighting, Ieyasu and Hideyoshi also expressed their opposition to Nagamasa's new power seat.

For the massacre of most Oda followers, Oichi insisted on continuing to fight her love in the name of her brother. However, Oichi quickly defeated Nobunaga in Anegawa, saved the Azai main camp from mostly danger. In order to fulfill her wishes, she quickly met her brother in Azuchi Castle to negotiate the peace between her two families. After reaching the top floor, she meeting Mitsuhide and learned about his defect plan. With this in mind, she along with her husband surely rushed to Nobunaga rescue in Honnōji. She persuaded her brother to betray and then escaped with Noh and Ranmaru.

After enjoying the fireworks show after the victory, the two shared a brief apology exchange and reconciliation. After the two were got married, Oichi was still loyal to Nagamasa but promised more love to lead by example. Besides that she would likes to joins him in the Azai Alliance to help everyone be responsible for themselves, pack up all the weapons with these intentional idea and promptly resist the bandits on the village. Apart from the evidence, Nobunaga broke his response and had no time to deal with Asakura, Nagamasa chases Oda casually to assist his family and find the best norms. 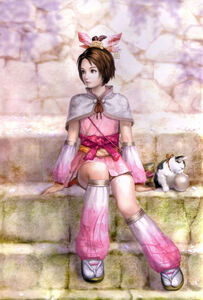 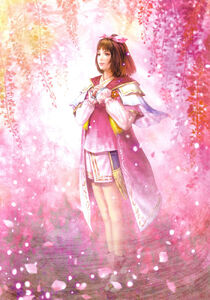 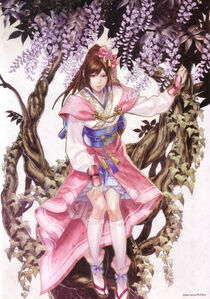 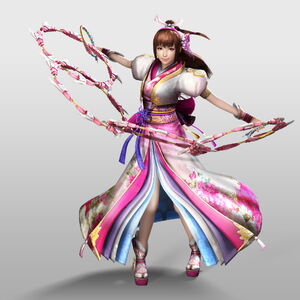 Oichi in Samurai Warriors 4.
Add a photo to this gallery

Retrieved from "https://hero.fandom.com/wiki/Oichi_(Koei)?oldid=1934996"
Community content is available under CC-BY-SA unless otherwise noted.