Worrying about his family.

Fix the pieces of his ship. (Pikmin and Hey! Pikmin, succeeded)

Find all the treasure on the Pikmin planet and pay off his company's debt; then rescue Louie (Pikmin 2, succeeded).
Be rescued from the Plasm Wraith (Pikmin 3, succeeded)

Leader
Olimar is the main protagonist of the Pikmin video game series. He is clearly dressed like somewhat of an astronaut because of the planet he lives on.

Olimar is an honest man who loves his family dearly. In the first game, he crash-lands on the planet of the Pikmin, where he enlists their help to return back home. In the second game, he is tasked with retrieving treasure from the same planet to pay off the huge debt of his company.

Olimar appears in Super Smash Bros. Melee as a trophy who only can be obtained by having a Pikmin save file on the GameCube memory card.

Olimar debuts as a playable character in Super Smash Bros. Brawl, he can uses his Pikmin for most of his attacks. His Final Smash, End of Day, involves him getting in his ship and blasting off high into the air while Bulborbs attack his opponents, and then crashing right down to the surface, often launching the opponent off screen in just one hit. He also has a trophy who can be obtained by clearing the classic mode using him.

Olimar returns as a playable character in both versions.

Olimar again is a playable character in Super Smash Bros. Ultimate as a unlockable character, he's one of the many characters who are vaporised by Galeem's beams in World of Light. Olimar also has a spirit who is a fighter spirit that can be obtained by clearing the classic mode. 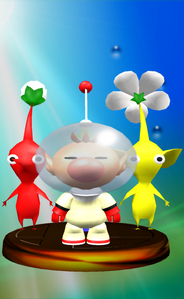 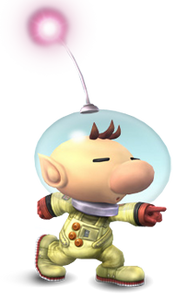 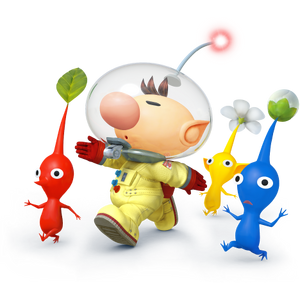 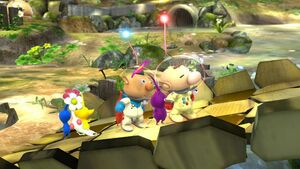 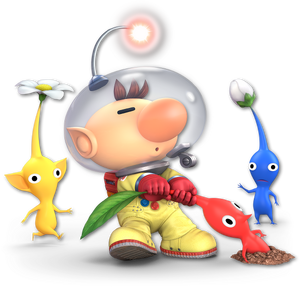 Olimar as he appears in Super Smash Bros. Ultimate. 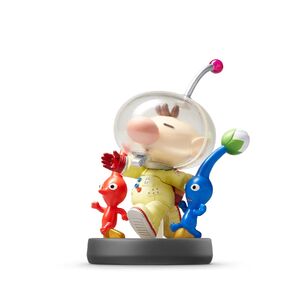 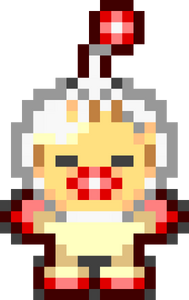