Olive Oyl is the love interest of both Popeye the Sailor and Bluto (mainly Popeye though).

The series has a common theme. Both Popeye and Bluto try to impress Olive with feats of strength, with Popeye always winning. Bluto doesn't take losing easily and beats up Popeye and kidnaps Olive Oyl. Popeye wakes up and eats spinach which renews him and gives him the extra boost to beat Bluto.

In rare occurences, Olive ends up having to save Popeye from a muscular woman by eating spinach. In one instance, Olive defeats Bluto with one punch without spinach.

It should be noted that Olive and Popeye didn't immediately fall in love with each other; they actually hated each other when they first met (Olive's first words to Popeye were, "Take your hooks offa me or I'll lay ya' in a scupper!"). They fought bitterly---and hilariously---for weeks after first meeting until finally realizing they had feelings for each other.

Olive Oyl also appeared in the 1980 live-action Popeye film where she is played by Shelley Duvall.

Beautiful Side Pose Of Olive Oyl 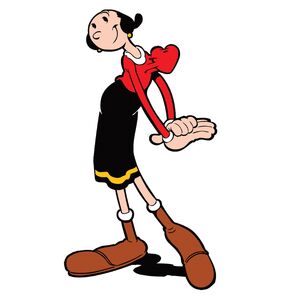 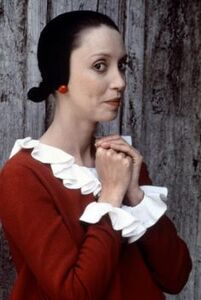 Olive Oyl as she appears in the live action movie of Popeye. 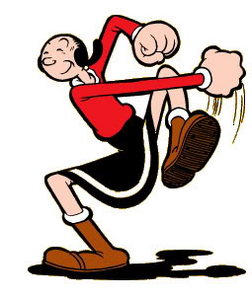 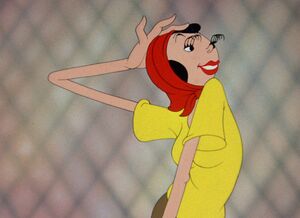 Retrieved from "https://hero.fandom.com/wiki/Olive_Oyl?oldid=2011903"
Community content is available under CC-BY-SA unless otherwise noted.