Captain Olivia "Liv" Margaret Benson is one of the protagonists of Law & Order: Special Victims Unit. She has been the main protagonist since season 13 following the departure of her long-time partner, Elliot Stabler.

She is portrayed by Mariska Hargitay.

Olivia is the product of the rape of her mother, Serena, by a food salesman named Joseph Hollister, who later died by suicide. At the time of the rape, Serena had been working in the cafeteria of Columbia University. Serena was an alcoholic who emotionally and physically abused Olivia. Years later, Serena died of injuries sustained from falling down a flight of stairs while drunk.

Olivia has a half-brother, Simon Marsden, whom she finds out about after illegally running her DNA through a kinship analysis. When he is falsely accused of a series of rapes, Olivia helps him clear his name. Their relationship sours, however, after he and his girlfriend are falsely charged with neglecting their children and he kidnaps them in a moment of panic. She gets him a good lawyer who manages to get the charges reduced, but he still loses custody of the children. Years later, he tries to get back into Olivia's life, but she disowns him after he proves himself unfit to be around her adopted son, Noah. Shortly afterward, he dies of a heroin overdose, for which Olivia blames herself.

Olivia is deeply sympathetic with victims of sex crimes and as a result; she is often quick to believe victim's stories. Her former partner Elliot Stabler was often more skeptical of victim's accounts, which often brings the two partners into conflict. While they sometimes argue, however, they are best friends; by Olivia's own admission, he is the longest relationship she has ever had with a man, even though it is platonic. When Elliot suddenly retires after being forced to kill a young girl who opened fire in the squad room, Olivia is devastated, and takes awhile to get over the loss of their partnership.

While a dedicated officer, Olivia is more likely to go to bat for women she deals with during cases than men, and has shown skepticism during cases where women are the offenders and men are the victim, or allows her sympathy of the victim to cloud her judgement and make her commit actions without thinking. In "Justice Denied," she learns that a man she had sent to prison for rape years earlier is in fact innocent, which could have been avoided if she was thinking clearly enough to check on the evidence.

Olivia's ability to sympathize with victims is a tremendous asset, but there are times when it comes back to haunt her. She goes undercover in a women's prison to arrest a guard who is sexually abusing inmates, but the rapist, Lowell Harris, gets the better of her; only the quick intervention of Detective Odafin Tutuola, also undercover there as a guard of the facility, saves her from being raped herself. Afterwards, Olivia develops a severe case of PTSD, but has been receiving counseling for the assault and has been seen dealing with it more constructively.

Olivia is sexually assaulted again years later by serial rapist and murderer William Lewis, who kidnaps and tortures her for four days until she breaks free and beats him within an inch of his life. She testifies against him at his trial, lying under oath that she beat him in self-defense after attacked her. He is found guilty and goes to prison, but later escapes and goes on another rape and murder spree, and goads Benson into publicly admitting that she attacked him and that she perjured herself. Lewis then kidnaps a young girl and threatens to kill her unless Benson meets with him. She does so, and Lewis makes her play Russian Roulette with him; during his last turn, he commits suicide in front of her to traumatize her and frame her for his murder. She is ultimately exonerated, but she is still haunted by the ordeal. During a later case, a rape victim asks Olivia if she got better after having confronted her attacker. Olivia replies that she recovered eventually, but only after years of therapy.

In the 16th season, she adopts a baby boy whose mother had been raped and murdered, and names the child Noah. She is a loving, devoted mother, but she faces challenges in keeping custody of him. She nearly loses Noah when his biological father, a pimp, rapist and murderer named Johnny D, sues her for custody, but she manages to keep custody after Johnny D is killed during a courtroom shootout. Later, Noah's grandmother, Sheila Porter, kidnaps him, but Benson is able to arrest her and rescue Noah, who is unharmed. 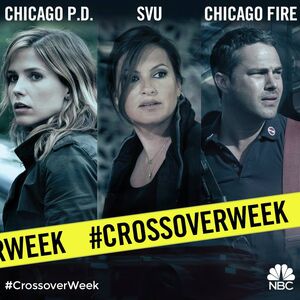 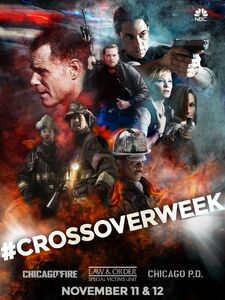 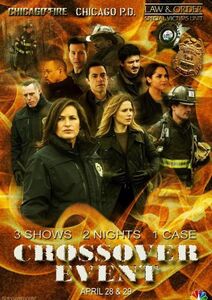 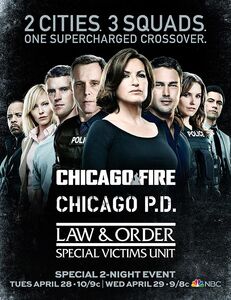 Add a photo to this gallery
Retrieved from "https://hero.fandom.com/wiki/Olivia_Benson?oldid=2251709"
Community content is available under CC-BY-SA unless otherwise noted.