Heroes Wiki
Register
Don't have an account?
Sign In
Advertisement
in: Digimon Heroes, Male, Type Dependent on Version,
and 10 more

Omnimon is one of the supporting characters of Digimon Tamers: Battle of Adventurers. He is Mega Level Digimon.

He is voiced by Chika Sakamoto & Mayumi Yamaguchi in the Japanese version and Kirk Thornton in the English version.

On different dimension, Omnimon fights Mephistomon, who was reformatted from the data of Apocalymon and wants to destroy the world. Omnimon gains the upper hand, being a higher level Digimon, and sends Mephistomon flying into the wall. Before Omnimon can finish Mephistomon, he goes through a portal, which Omnimon cannot enter. Omnimon tells Henry, Gargomon, Rika, and Kyubimon that an evil Digimon has entered Earth to destroy it. Omnimon can't leave his dimension so it's up to the tamers, whom he calls "Digidestined", to defeat him. MetalTyrannomon and another Pteramon and Archelomon attack, but Omnimon destroys them with his sword. Omnimon teleports Rika, Kyubimon, Henry, and Gargomon into the fortress. Growlmon, Gargomon, and Kyubimon attack Mephistomon, who unleashes an energy explosion that sends them, Takato and others flying into the water, under which is a digital world created by Mephistomon. 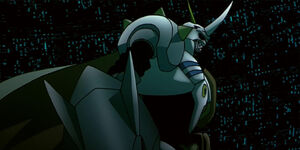 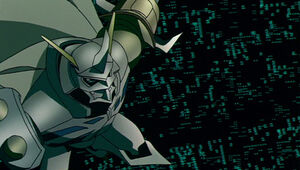 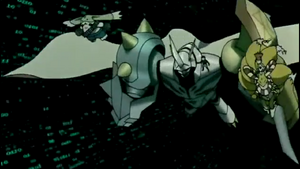 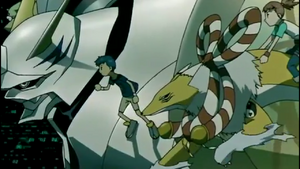 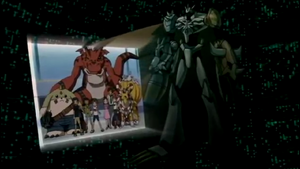