Prove he could carry things even in his old age.

Onoki was a character in the manga and anime series Naruto Shippuden. He was the third Tsuchikage of the village hidden in the stones. He was trained by Mu (the Second Tsuchikage) and had fought Madara Uchiha years ago.

He was voiced Tomomichi Nishimura in the Japanese version, and by Steve Blum in English Version.

He was the Third Tsuchikage of the Hidden Stone Village and he is a powerful older man who has a jutsu called Atomic Dismantling Jutsu which gathers rocks to make a huge blast that can kill the opponent. His loyal partners are Akatsuchi and Onoki's granddaughter, Kurotsuchi. After Kaguya's defeat, He retired as a Tsuchikage and his granddaughter Kurotsuchi succeeded as the Fourth Tsuchikage due to his powers gotten weaker by his old age. 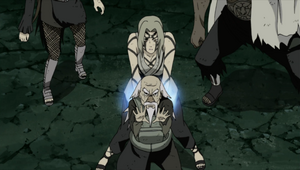 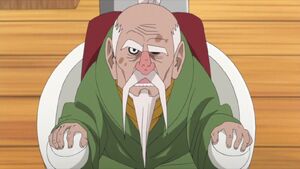 Onoki from Boruto: Naruto Next Generations 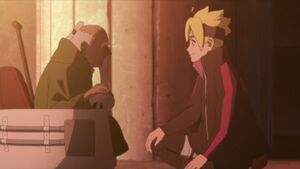