Onpu Segawa also known as Ellie Craft in the English dub, is one of the seven witch apprentices of the series.

An idol, Onpu started out as a cold, enigmatic and spoiled little girl who enjoyed highly her job. Her kind selfless heart became more apparent when she became friends with Doremi, Hazuki, and Aiko. She appeared to most likely be Momoko's best friend.

Her favorite colors seem to be purple, yellow, and white.

She is seen in two bikinis and one bathing suit, her first one a pale yellow bikini with different curves of red, orange, purple, and yellow, and she had a bow on her top. Her second bikini is a dusky purple striped with pale blue decorated all over with yellow string, and she has a matching short skirt over her bikini bottom. Her third is a white one-piece bathing suit with a ruffled skirt and dark magenta and pale blue circles.

A pink crop top, a cream vest, a cream pleated skirt, and cream boots, and she holds red microphone and her hair is tied with a yellow hair-tie.

Onpu is a famous idol who became a witch apprentice of Majo Ruka, a rival of Majo Rika. She is adored by many, mostly boys. She is cold and enigmatic at first, but her kind and selfless heart becomes more apparent as she spends more time with Doremi and her friends. She lives with her mother, who used to be a idol herself before an accident traumatized her; she is now her daughter's agent. Her least favorite food is green peppers and when she eats one she becomes sick. Her father, a railroad engineer, is constantly away from home due to work. During her time taking care of Hana, Onpu sings a lullaby (which was firstly sang by her mother) when Hana had to go to sleep.

Onpu starts out as cold and enigmatic, and used to use her magic for changing people's moods and doing as she says. When she used her crystal to put to sleep the whole class and all the parents and make them have amnesia, she faints and is put to sleep for 100 years. Desperate, Doremi, Hazuki, Aiko, and later Pop use Magical Stage to awaken her, and all five give up their witch powers. Onpu is actually kind-hearted to friends, and is probably the most calm out of all the girls. She has no love interest, but she showed affection for Tooru of the Flat 4. Although Oyajide has a massive desire to know Onpu well because he claims to be her number one fan, she thinks of it as strange. 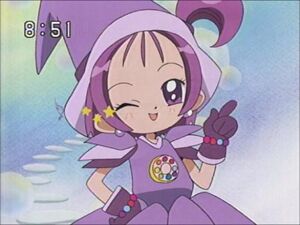 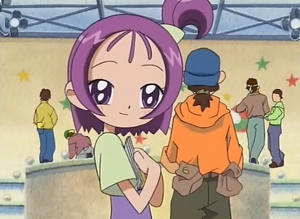 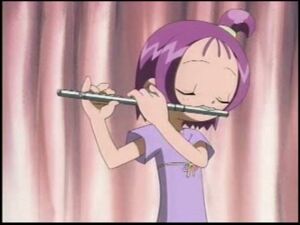 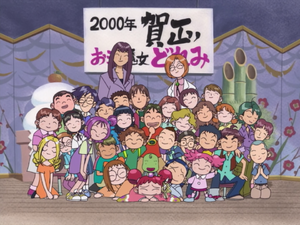 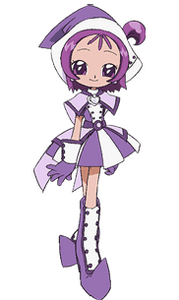 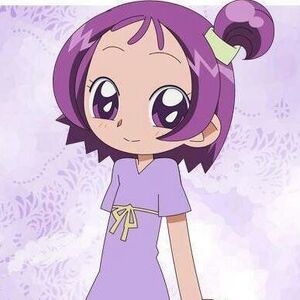 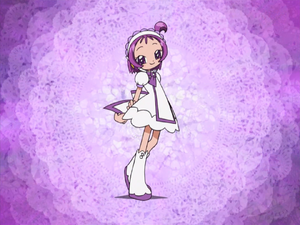 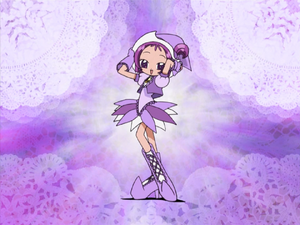 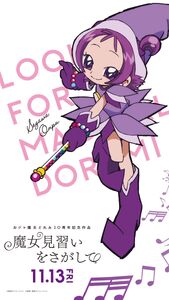 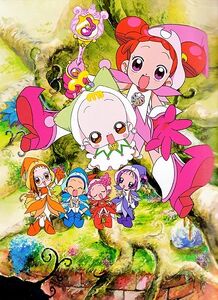 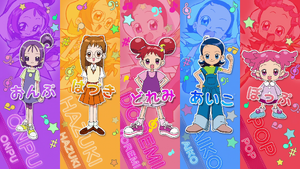