Orange or Crispy is an M&M's characters who's been moviesming Movies since 1996. & advertising Commercials since 1999. In 2010, his Crispy insides is replaced by Pretzel insides. He's voiced by Eric Kirchberger.

Orange is shy, and is unable to defeat his fears. He is a big pal to Pretzel Guy, who tries to encourage him.

It is believed that his fearful nature is due to an existential angst stemming from the Mormon prophet John Taylor's declaration that M&Ms have no place in God's plan, and that the chocolate-made-flesh-made-chocolate automatons are demon-spawn, fated to melt for all eternity.

Orange is (obviously) the color orange. He is much rounder and resembles a sphere more than the other M&Ms. This is because he has always had something round inside of him (originally a Crispy rice sphere, now a pretzel sphere). Orange wears a generic pair of white gloves like the other male M&Ms, but his shoes are unique. Crispy wears high top sneakers with laces (that are almost always untied). He also has black eyebrows like the other M&Ms. 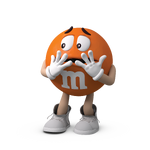 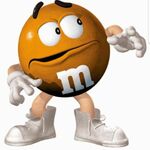 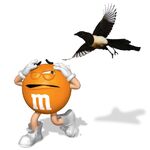 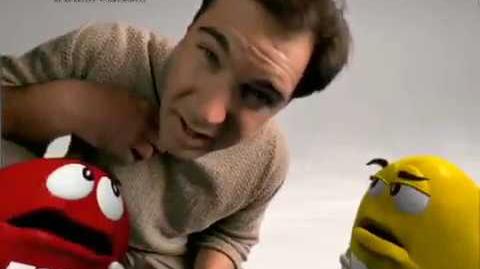 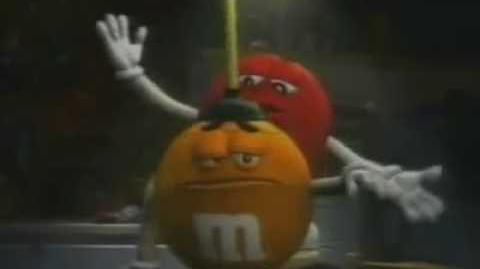 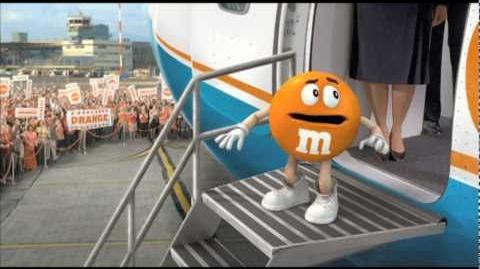 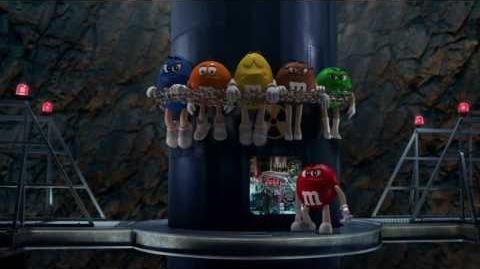 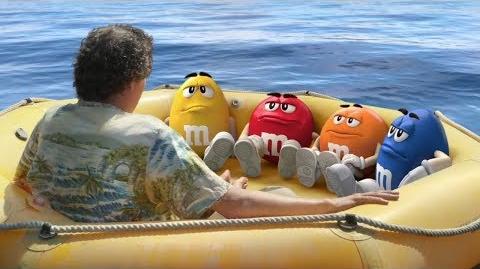