Heroes Wiki
Register
Don't have an account?
Sign In
Advertisement
in: Female, League of Legends Heroes, Artificial Intelligence,
and 24 more

The Lady of Clockwork

Investigating the world around her

Orianna, also known as The Lady of Clockwork, is a heroic playable champion from the MOBA game League of Legends.

Orianna is a silver humanoid robot with blue eyes and bronze hair in the shaped of a bun-style. Her body is shaped in the form of that of a female and has a bronze, pointy skirt, bendable "joints" in her arms and legs where her wrist/elbows and knees/ankles respectively would generally be located, and a gear on her chest. She is generally seen being accompanied by a bass sphere that she generally uses in battle for attacks.

As a human, Orianna was stated to have a cheerful and curious personality. In spite of her living a very sheltered and isolated life throughout her childhood, she still deeply desired to explore the world around her.

After becoming an android due to her failing organs and dying body however, Orianna became increasingly cold and stoic. She now barely shows any noticeable emotion. She also struggles greatly with understanding the pain and emotions of others in spite of her great desire to help them whenever she can. However, she still shows signs of the curiosity she originally showed as a human, wondering about how empathy and life works given her status as an artificial being. Her new lore also states that she still loves her father with all of her heart in spite of her losing almost all of her humanity after her transformation into an android. 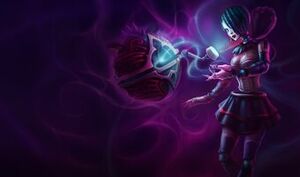 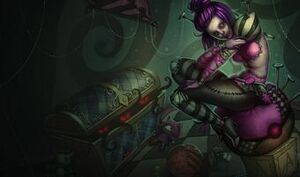 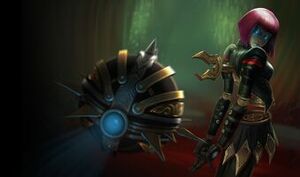 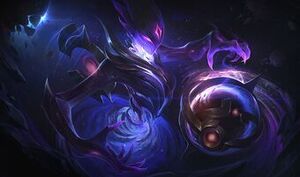 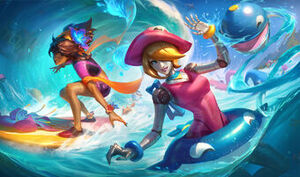