Member of the Hero Team

Obtain money and the Dragon Pills.

Oswald is one of the original heroes first appeared in the fighting game The King of Fighters XI as a member of the Hero Team along with Ash Crimson and Shen Woo.

He was created to be "an older gentleman" and is an enigma to even the creators. Developers consider his moves to be comical compared to the seriousness of his image, especially the move Joker when it is blocked or misses. They decided to leave the result of his fight with Shen ambiguous, implying that fans would have been disappointed with the outcome. He was originally intended to be the good-looking hero for the series.

Oswald is an Irish man who is said to be a professional hit man. Ash Crimson requested for Oswald to join the year's tournament based on rumors he heard about him. Since neither knew much about the other, the conditions for joining the team was decided in a poker game; the winner would choose to do what they pleased. Despite having a winning hand, Oswald recognizes Ash's skill and accepts defeat - he introduces himself to his teammates then.

It is revealed at the end of the tournament that Oswald joins both Ash and Shen Woo to obtain money and drugs named "Dragon Pills". Ash agrees to give information regarding the drug to him, explaining that it can only be given to him if he defeats the provider's enemy, Shen Woo. As Ash leaved Oswald and Shen alone by themselves, a conflict between the two martial artists took place, the winner of which has yet to be revealed; though the confirmed survival of both Shen and Oswald makes either outcome equally plausible.

Oswald is a quiet and very serious man who is willing to do anything in order to achieve his goals, even going as far as to kill. He acts like a professional and is not touched by concepts such as morality.

As Oswald trained for his perfection, he fights with his slashing playing cards, relying on a unique style of martial arts named after Karnöffel. Many fans have noted that Oswald's card-based fighting style is remarkably similar to Gambit from X-Men series of American superhero comics. Even he has a super called Royal Flush, but is different to Gambit's counterpart. It should be noted that unlike most characters' standing weak punch or crouching weak punch where they usually can get two in at best, Oswald can cheaply land four to five jabs on his foe making powerful combos.

Likewise, Oswald is considered one of the Top 3 characters in the eleventh entry of The King of Fighters series of fighting games, with many fans considering him the third best in the game right behind Gato and Kula Diamond.

Oswald in The King of Fighters XI. 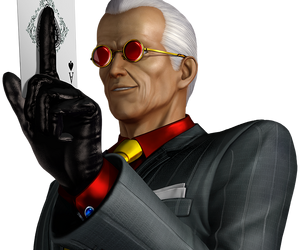 Oswald in The King of Fighters XIV. 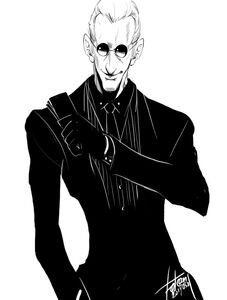 Retrieved from "https://hero.fandom.com/wiki/Oswald_(The_King_of_Fighters)?oldid=1696162"
Community content is available under CC-BY-SA unless otherwise noted.