the heroic man
Owain is one of the heroes in Fire Emblem: Awakening and Fire Emblem Fates. He is the son of Lissa, nephew of Chrom, cousin of Lucina and father of Ophelia.

Owain in the future helped his parents fight off the Risen once he was old enough to fight. However during a battle, a Risen archer attempted to attack Owain from behind, but his father pushed him out of the way and died taking the arrow intended for Owain. Later, Lissa gave Owain her ring, which he continues to wear. In an Event Tile conversation with Lissa, he also took a piece of the staff she used when she was killed and named it "Lissa." He joined Lucina and the other children to return to the past and prevent the ruinous future.

In his paralogue, the Sage's Hamlet is attacked by bandits. Owain steps in and attempts to quell the bandits. He successfully manages to take one down, but messes up trying to deal with another. Chrom and his army are standing off to side watching Owain's theatrics and decides to help him out. Upon meeting his mother on the battlefield Owain drops his dramatic speech style, happy to be reunited with her and happily teams up with Chrom's army. After the battle, Lissa notices that his arm bears the Mark of the Exalt. Lissa is relieved to know that she is true Ylissean royalty since the Mark of the Exalt appears on those of that lineage, even though hers never surfaced. Owain promises to protect Lissa as he joins Chrom's army.

After the defeat of Grima, Owain goes on a lengthy journey to "stay his sword hand." Many tales of a man matching his description begin to pop up from time to time.

Some time after the events of Awakening, Owain, alongside Severa and Inigo, travels to the world of Fates and joins the Nohrian army, taking on the alias "Odin Dark". Odin, who performs daily research into "amazing special moves" and still enjoys naming his weapons, becomes a dark mage in service to Leo alongside Niles. If he achieves an S-Support, he will have a daughter named Ophelia.

Owain is blond as his default hair color. His color is inherited by what father he has. He wears a yellow myrmidon outfit instead of blue outfit. In Fates, he is blond and wears a circlet around his forehead and a yellow dark mage outfit.

Owain has a habit of speaking in an overly theatrical fashion that some people find tiresome to deal with. He is somewhat preoccupied with the idea of being a hero and seeks the fabled sword Mystletainn in his quest, unaware that it is not the Mystletainn, but just a normal sword called Missiletainn. Lucina describes him as a "colorful" character. He is always eager to fight others, stating that his sword hand seeks to battle, even to his own father. He also has the habit of giving odd names to weapons and moves, the names of which are all references to past Fire Emblem games, as he strongly believes giving a weapon a name gives it power, turning it into an ally instead of a mere tool. He is the most hot-blooded member of the army and the most likely to shout "Level up!". In Owain's support with Lissa, he asks for the name of the staff that she's using, much to her confusion. To Owain's surprise, Lissa innocently tells him that her staff has no name, which greatly worries him. After many attempts to persuade her, Lissa finally names her staff "Owain," much to his discomfort. Owain tells her that she doesn't need to rely on her staff anymore, as he will be the one protecting her, not her weapon. Owain's father is first worried about Owain's "sword arm" antics in the former's supports. Suddenly an assassin shoots an arrow at him, resulting in his father moving him out of the way, taking the shot. Owain remembers when a similar incident killed his father (or in Robin's case, badly wounded and was never seen again), Owain then promises his father that he will never allow it to happen again. 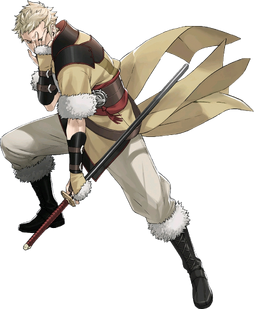 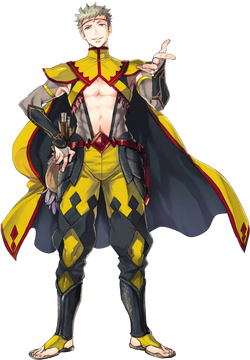 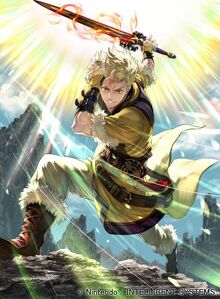 Owain as he appears in the card game, Fire Emblem Ciper

Owain's Artwork from Fire Emblem Warriors
Add a photo to this gallery
Retrieved from "https://hero.fandom.com/wiki/Owain?oldid=1970564"
Community content is available under CC-BY-SA unless otherwise noted.