Heroes Wiki
Register
Don't have an account?
Sign In
Advertisement
in: Related to Villain, Male, Movie Heroes,
and 11 more

To save his circus from Horatio (succeeded).

Owen Huntington' is the main protagonist of the 2017 film Animal Crackers.

He is voiced by John Krasinski.

In 1962, Bob meet Talia and they ended up falling in love. They decided to get married which infuriated Horatio. On their wedding day, Esmerelda gave the couple a mysterious box as a gift, which allowed for them to open a new circus; Buffalo Bob's Rootin' Tootin' Animal Circus. Their was abox of magical animals crackers that allowed Bob to change into any animal he wanted which them know for their magical animals performing impossible stunts. There Bob's nephew Owen met Zoe and they fell in love, but her dad Mr. Woodley didn't like the circus.

Years later Owen proposed to Zoe and she accepted, but Mr. Woodley disapproved of it. Then he told Owen we would support Zoe working in the circus. He force Owen to work in his factory. 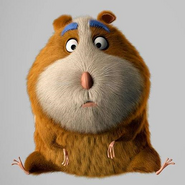 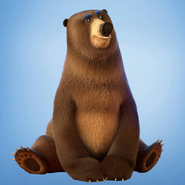 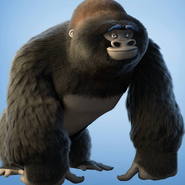 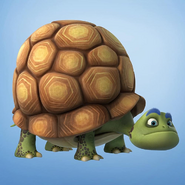 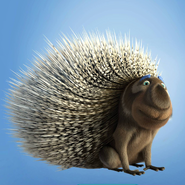