Heroes Wiki
Register
Don't have an account?
Sign In
Advertisement
in: Heroes Of Folklore, Legendary Heroes, Anti-Hero,
and 58 more

Steal the Secret planes of the nazi empire.

Pérák, also known as The Springer or The Spring Man, (deriving from the Czech word "péro" meaning “spring") was a humanoid entity reported in the Czechoslovakian city of Prague during the German occupation of Czechoslovakia in the midst of World War II.

According to historians Callum McDonald and Jan Kaplan in their book Prague in the Shadow of the Swastika: a History of the German Occupation 1939-1945 (London, 1995), "the Springer" was said to leap out from shadowy alleys and startle passers-by. Oral tradition suggests that some of Pérák's leaps were of an extraordinary magnitude, including the act of jumping over train carriages, similar to England's Spring-heeled Jack.

A contemporary and possibly associated rumour concerned a "Razor Blade Man" who was said to slash at victims with razors attached to his fingers.

Researcher Mike Dash quotes George Zenaty, a noted authority on the policing of Prague during the war years, that ... in 1940-1942 none of our police precincts in Prague informed us in their daily reports of the existence of a ‘Spring Man’. This does not mean that such rumours might not have circulated; however, it would have been impossible to include them in the reports without tangible proof.

In 2015 a social activist claiming the identity of Pérák fronted a guerilla media campaign to commemorate the former site of the Lety concentration camp.

The 2017 book Mýtus o pérákovi. Městská legenda mezi folklorem a populární kulturou by Czech folklorist Petr Janeček offers a comprehensive survey of the Perak phenomenon, tracing a history from the figure of Spring Heeled Jack in England during the early 19th century through to Czech folklore before, during and after World War 2, and then into popular culture via a succession of speculative fiction novels, comic book treatments and other works of fiction.

At first, Pérák was seen by the populace as a menacing, almost demonic figure to be feared. Early versions of the story have the mysterious apparition scaring or chasing and terrorizing innocent people, and even killing or raping citizens, and people began to avoid going out at night or refusing to go to work night shifts at the weapons factories to the extent that it even had a negative impact on the Nazi arms production output. However, this image as a sinister and diabolical boogieman quickly changed. Word began to spread that Pérák was starting to turn his attention on the German occupying forces, sabotaging their equipment and leaping from the shadows to slit their throats before bounding away.

The being was usually depicted as a somewhat spectral man dressed all in black and wearing a strange mask with shiny red eyes. Most notably, this stranger was said to have the astounding ability to make superhuman leaps of extraordinary magnitude.

There are several explanations as to what the creature could be. Theories include:

There are no notable encounters that we can find. 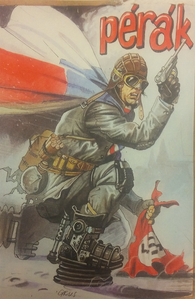 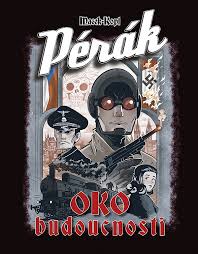 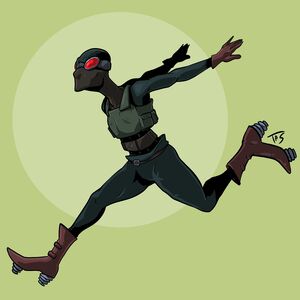 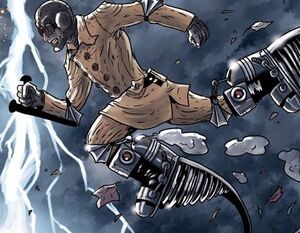 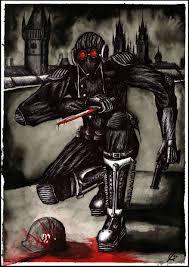 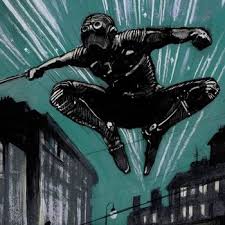 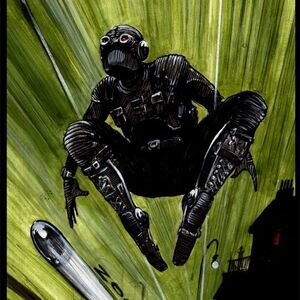 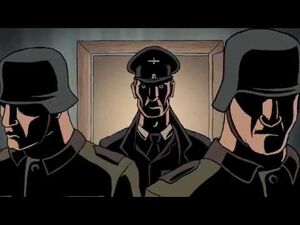 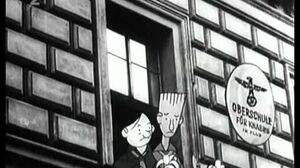 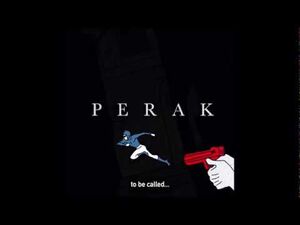