PaRappa Rappa is a paper-thin rapping dog and the titular main protagonist of the pioneering rhythm game PaRappa the Rapper. His adventures usually lead to difficult situations which he counters with his catchphrase, "I gotta believe!" and pulls through. PaRappa is friends with P.J. Berri and Katy Kat. He appears in the games PaRappa the Rapper, PaRappa the Rapper 2 and Um Jammer Lammy. He is voiced by Dred Foxx in the English version of the video game series and Miyu Irino in the Japanese version of PaRappa the Rapper: The Anime Series.

PaRappa made a triumphant return in this title for PS3 and PS Vita making his debut on both systems. His in-game rival is Spike.

PaRappa is a small, anthropomorphic, pale cream dog with black floppy ears, a round nose and dark brown eyes. He wears a large, orange-red beanie with a small frog shape in the center of it. He wears a powder blue tank top, baggy, navy blue jeans and red and white sneakers. In other appearances he sometimes wears a stripy blue and white long sleeve t-shirt. 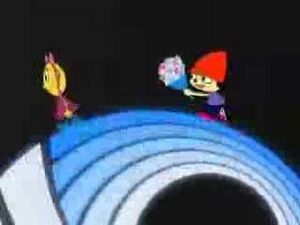 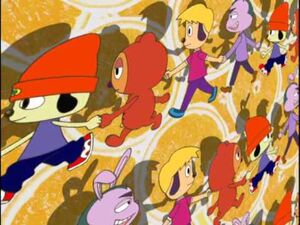 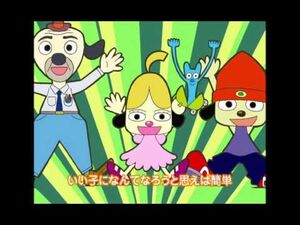 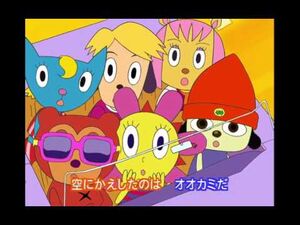