Cartoon hero
Pa Grape is one of the supporting characters of VeggieTales and main character of The Pirates Who Don't Do Anything: A VeggieTales Movie.

He is elderly Yiddish grape. He is about the same size as Bob and Madame Blueberry. He wears glasses most of the time and is often grunting "Oi."

He, Elliot (Larry) and Sedgewick (Mr. Lunt) tell Junior he was being rather tough on his friend and encourage him to show some compassion. To emphasize, they tell all the Veggies a story about a man of God named Jonah. After experiencing a nightmare, Jonah awakens to find the ship beset by a great storm. Captain Pa Grape concludes the storm has been sent because God is angry at someone on the ship. The group decides to play Go Fish to divine who is at fault. Jonah loses the game and is forced to walk the plank. As soon as Jonah is off the ship, the skies clear. The Pirates attempt to reel Jonah back in, but before they can do so, Jonah is swallowed by a giant whale. The pirates attempt to attack the whale using a cannon with cannonballs and a bowling ball as ammo, but the whale merely swallows the ball (which Khalil is hiding in), disgorges Jonah's lifebelt, and swims away.

As Jonah reaches the entrance, The Pirates appear and help sneak him into the city under the guise of having won the Mr. Twisty's Twisted Cheese Curls sweepstakes. The group is soon arrested after Larry tries to steal the King's Cheese Curls and are sentenced to death. As a last request, they are granted an audience with King Twistomer.

The Pirates Who Don't Do Anything: A VeggieTales Movie

He, Sedgewick (Mr. Lunt) and Elliot (Larry) are employees at a dinner theater. Although they want to be seen as heroes by their loved ones, as lowly cabin boys they think their dream is unattainable. After wrecking the show one night, they are fired and thrown into an alley. The Helpseeker locates them and, after Elliot activates the device, transports the trio to Monterria.

When they meet Princess Eloise and Willory, the group sets off to Jolly Joe's Tavern where they learn that Pirate Robert, the brother of the king before being banished, has kidnapped Alexander in the hopes of exacting revenge on the king. Setting sail in search of the whereabouts of Robert's hideout, the pirate's men capture Eloise and Willory. As George and Elliot continue on their quest, a cowardly Sedgewick decides to stay behind in a cave filled with "cheese curls". After the two leave.

George and Elliot arrive on an island populated by a rock giant family, who help them make it to Robert's fortress. Arriving at a hidden bay outside of the fortress, the trio are attacked by a giant serpent.

Once inside, George, Sedgewick, and Elliot rescue the prince and princess but are confronted by Robert. Finding his self-respect, George uses a chandelier to knock the pirate down and the group escapes through the fortress's cistern with Robert in hot pursuit. Back in the bay, Robert's ship opens fire on the group's small boat, but the king arrives, sinks Robert's ship, and rescues the group.

After receiving medals from the king and being declared heroes, the Helpseeker returns Elliot, George, and Sedgewick to the restaurant. Unbeknownst to them, Robert has stowed away on their trip back to get revenge on them for defeating him and attacks the dinner theater set and mistakes Sir Frederick (Jimmy Gourd), one of the stage performers, for George. In a final showdown, the trio defeat Robert and send him back to his own time. The audience cheer wildly as the gang earn the respect they had desired. Offered a second chance to be in the show, the three refuse and leave to pursue adventure elsewhere one more time as the Helpseeker blinks once again. 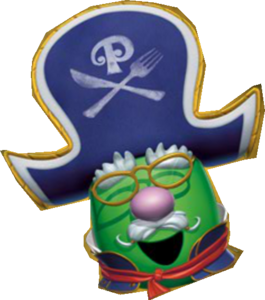 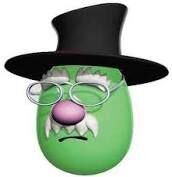 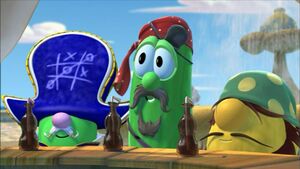 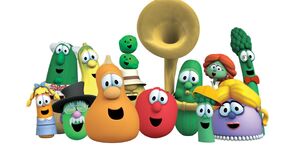 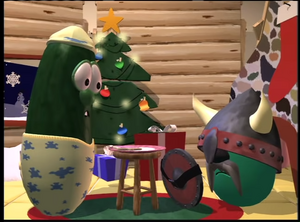 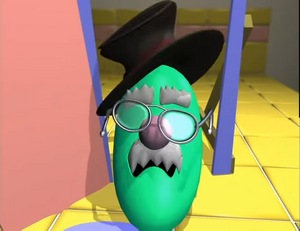 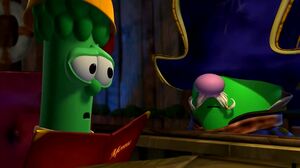 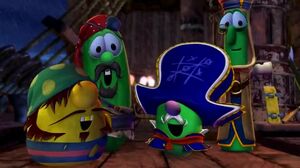 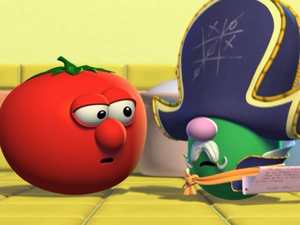 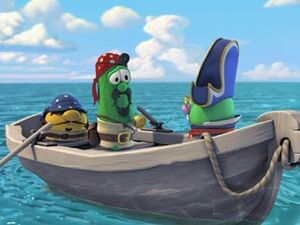 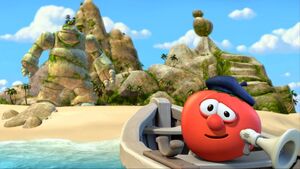 Retrieved from "https://hero.fandom.com/wiki/Pa_Grape?oldid=2266622"
Community content is available under CC-BY-SA unless otherwise noted.