Pafu is one of the main fairies from the series Go! Princess Pretty Cure. She ends her sentences with "~pafu".

She is voiced by Nao Tōyama.

In episode 15, Miss Shamour granted Pafu the ability to transform into a human.

Pafu is dog-like fairy with pale pink skin, a pink tail and ears and has pink heart highlights in her purple eyes. She wears a a gold tiara with a magenta jewel in the middle on her head and has a gold brooch on her chest. As a human, she resembles a young girl in a pink and white dress. She still retains her hairstyle, tiara and the hearts on her cheeks.

Pafu is a spoiled and carefree fairy. She loves fashion and is most happy trying out different hairstyles.

Pafu, Yui and Towa are sad after Haruka fell into despair by Prince Kanata

Pafu says she's not a cat 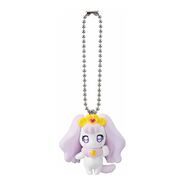 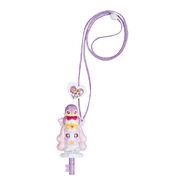 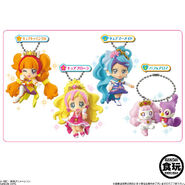 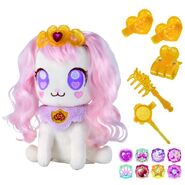 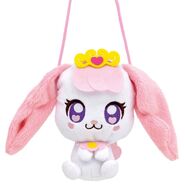