Pai Chan is a heroine from Sega's Virtua Fighter series who makes a guest appearance in Dead or Alive 5.

The daughter of Lau Chan, she was taught martial arts at a very young age. However, her mother was sick from overworking and eventually died because of it. She came to hate her father since he didn't even care to stop his training. Two years later, she was a successful movie star and once she heard that her father would enter the World Fighting Tournament, she decided to do the same in order to beat him.

After her defeat, Pai trained for a year before the 2nd tournament. She managed to incorporate her own style and techniques in order to defeat Lau for sure.

After suffering defeat by Lau a second time, she gained a new perspective on Lau. What was so important to him that he'd forsake his own family? While working on her acting career, she overheard that the 3rd tournament would take place and set out immediately.

After realizing her skills were closely matching Lau's, she returned to Hong Kong to focus on her movie career. She then hears that Lau is looking for a worthy successor. After learning of his terminal illness, she enters the 4th tournament hoping to prove she had what it takes to succeed her father's legacy.

She lost the tournament, and began searching for Lau. She managed to save him from a killing blow from Lei-Fei, but he realized he did not have long to live. Thus she had no choice but to respect his wishes, and when she learned that he was entering the 5th tournament, she decided to show her love to him by being strong, both physically and emotionally.

Pai Chan makes an appearance in Project X Zone. He is a playable character who is partnered up with Akira Yuki.

A practitioner of the Mizongquan and an action-movie star. The daughter of the famous Chinese martial artist Lau, her father's training rapidly developed her martial arts talents from a young age. However, when his training meant that he did not even care for Pai's sick mother, who eventually died as a result, Pai came to hate her father. Hearing that he was going to take part in the World Fighting Tournament, Pai signed up as well in order to defeat him herself. While Lau also uses the powerful but forbidden Tiger Swallow Fist style, Pai has resisted such temptations. She has a cheerful and determined personality, and is friends and training partners with Akira. 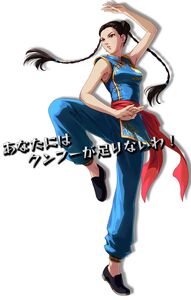 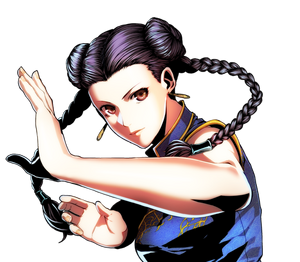 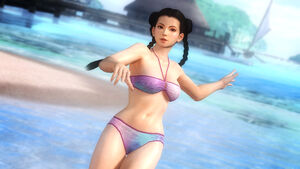 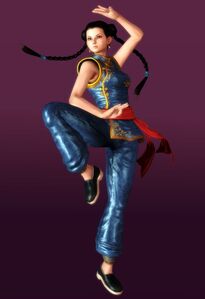 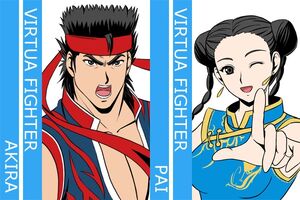 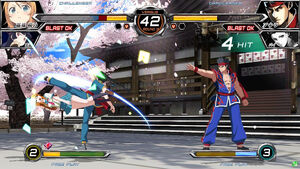