Helping and nurturing his fellow smurfs
Working on potions and experiments

To help his fellow smurfs in anyway possible
To defeat Gargamel.
To help Smurfette become good. (all succeeded)

Papa Smurf is the deuteragonist of The Smurfs franchise. At 542 years old (546 in the movie) is the third-oldest Smurf after Grandpa and Nanny, and well above the typical age of the other Smurfs, which are approximately 100 years old.

<In the original French version, Papa Smurf's name is "Le Grand Schtroumpf", which could be translated as "the Great Smurf" or "the Big Smurf". His name could also be interpreted as "Le Grand Père", French for grandfather, which is consistent with his elderly appearance and paternal ways.

Papa Smurf is easily distinguished from the other Smurfs by his red clothes and his bushy white beard, which was brown in his younger days.

Papa Smurf is 546 years old, but despite this, he is quite energetic for his age. He is kind, gentle, and wise. As the smurf’s village leader, he is always concerned about all of the other smurf’s well being. Even though Papa smurf is gentle, he has an ill temper and can get furious if the other smurfs are not following his directions. Papa Smurf is known to use magic when he wants to know something that will happen in the near future. Alchemy is his hobby, and he uses it to defend his smurfs. He could be labeled as a “good wizard”. And he is also known as protective, aspiring, patient, accountable, selfless, mature, understanding, rational, friendly, polite, adventurous, plucky, affectionate, sweet, modest, upbeat, responsible and fatherly. 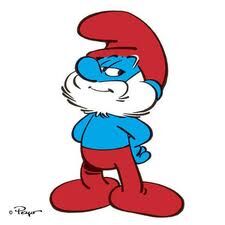 Papa Smurf as he appears in the comics. 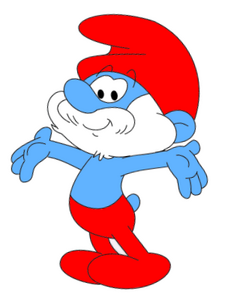 Papa Smurf as he appears in the cartoon. 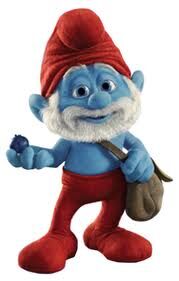 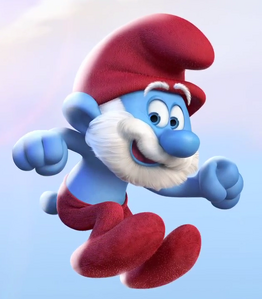 Papa Smurf as he appears in the 2017 movie 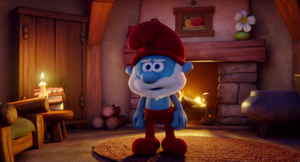 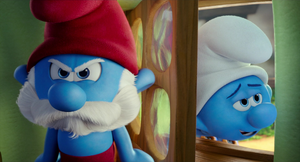 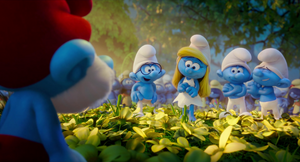