Protects his friends and world from Bowser and other interdimensional threats

Paper Mario is a paper form of Mario, based on his appearances in the Paper Mario series, that came out of a magical book in Mario & Luigi: Paper Jam. Paper Mario is an independent character from Mario and interacts with him, Luigi, and various other characters from both the real world and the Paper world within the book in the game.

Paper Mario makes his debut as a unique character from Mario in Mario & Luigi: Paper Jam. He first appears by saving Mario and Luigi from the threat of Paper Goombas. He agrees to help his three-dimensional counterpart and his brother gather the Paper Toads and defeat Bowser and Paper Bowser, returning all Paper characters to the book from whence they came.

Whenever the trio encounters an obstacle, Paper Mario will usually be the character to come up with a solution, being the ones to develop the Trio Moves for use on the field. He is also given a distinct role during the Gloomy Woods, where he and his counterpart are kidnapped by King Boo, and Luigi must face his fears to rescue them. Paper Mario is rescued second, and he is held hostage during the battle with King Boo.

Once both Princess Peach and her paper variant have been rescued and the Bowsers defeated, Paper Mario returns to his book, where he immediately re-enters battle with Paper Bowser.

In battle, Paper Mario uses different mechanics to Mario and Luigi. He is the only character able to perform Trio Attacks, in lieu of using Bros. Attacks. He is also the only character able to employ the Copy Block, making six copies of himself (eight and ten if Rank-Up Bonuses are used) to take hits and increase the damage he is able to deal. Thirdly, his dodge commands are more versatile than Mario's and Luigi's, able to hover in the air longer while using a Jump Dodge and swinging multiple hammers during a Hammer Dodge. His weaknesses include his low defense and HP (though he can use his Copy Block ability to make up for this), his position in formation, the high BP cost of his attacks, a weakness to fire-based moves; and if either Mario or Luigi faints, he cannot employ any Trio Attacks, while Mario and Luigi can perform Bros. Attacks if Paper Mario has fainted.

Paper Mario appears alongside Mario and Luigi as part of the "Mario Trio" costume, one of the many unlockable Costume Mario costumes in Super Mario Maker. The costume is unlocked by clearing the Mario & Luigi: Paper Jam Event Course.

Paper Mario, Peach and Toad go to Prism Island to figure out what happened to the Toads and its colors. Here, he meets the guardian named Huey and help him restore the island's Big Paint Stars by collecting them in each level while defeating enemies with his Paint Hammer and Battle Cards. 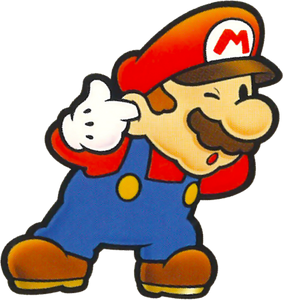 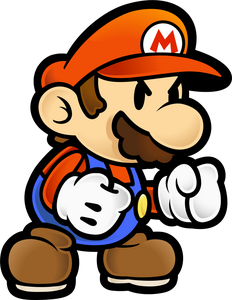 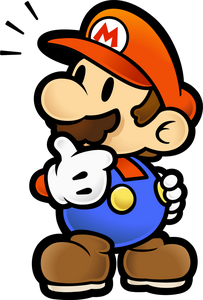 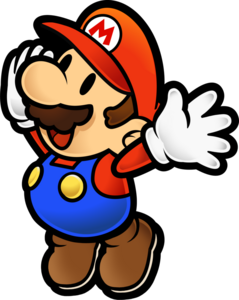 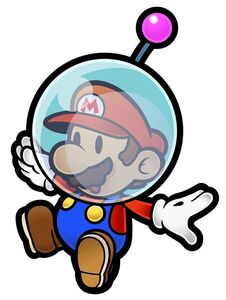 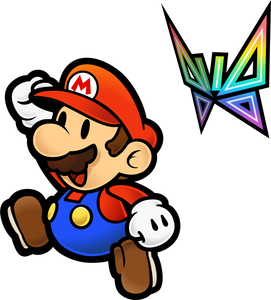 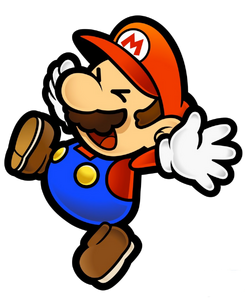 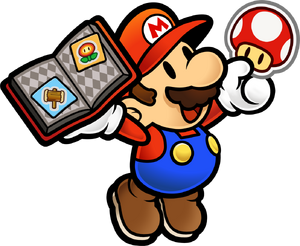 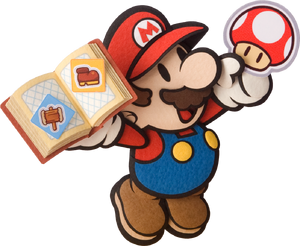 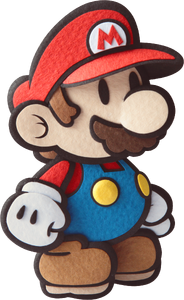 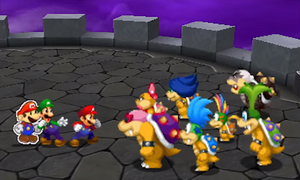 Paper Mario with Mario and Luigi face the Koopalings into a semifinal battle. 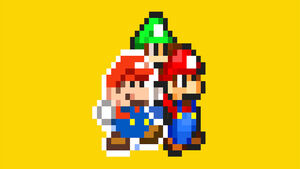 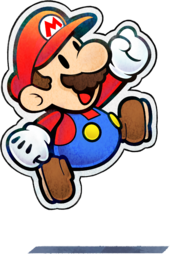 Paper Mario wearing both the L Emblem and W Emblem, resembling Waluigi.
Add a photo to this gallery

Retrieved from "https://hero.fandom.com/wiki/Paper_Mario?oldid=1970619"
Community content is available under CC-BY-SA unless otherwise noted.