Princess of the Mushroom Kingdom

Work with TEC to stop Sir Grudus' conspiracy to take over the world.
Stop Dimentio from destroying the world. (all succeeded).

She gets kidnapped by Paper Bowser and sends hints to Mario throughout the game. It is revealed Bowser has a crush on her.

After finding a treasure map which is rumored to lead to a secret treasure, she got kidnapped and was brought to the X-Naut Base on the moon. In there, she befriends a sentinel computer named TEC who gives her support and important hints. However, after Sir Grodus found out that TEC was working together with Peach, TEC's data was forcibly deleted and she was also being brought to the Shadow Palace for a sinister purpose. Once Mario and co arrived at the depths of Shadow Palace, Sir Grodus unsealed the tomb that contains Shadow Queen, where she used her as a vessel and attacked Grodus for commanding her. However, part way through the fight, Peach manages to temporarily gain control of her body and help Mario and his party turn the tables on her. After Mario defeated Shadow Queen, she returned to her normal state and apologized for everything before they went back to the docks to travel back to the Mushroom Kingdom, though not before saying bye to all the companions Mario made on the journey. 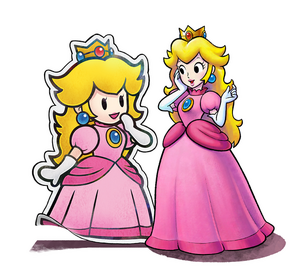 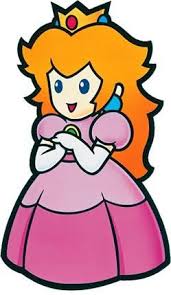 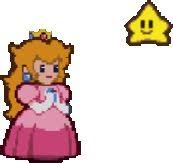 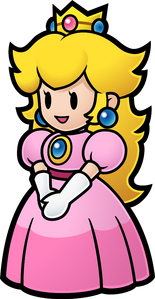 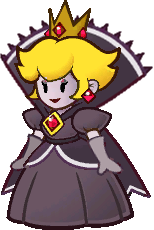 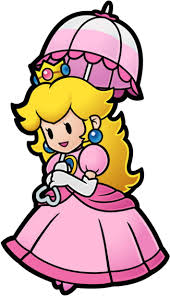 Peach in her wedding dress (SPM) 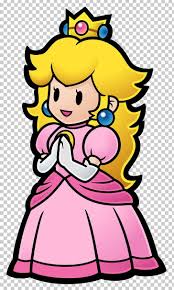 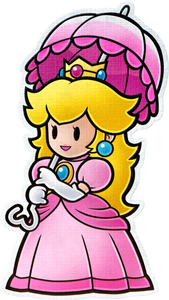 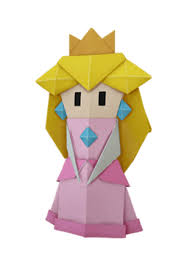 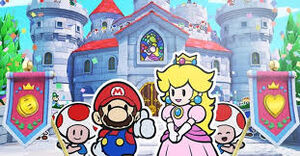 Mario and Princess Peach in the Origami King Ending