Pasadena O'Possum is a side character in the Crash Bandicoot games.

She was voiced by Shanelle Workman in Crash Tag Team Racing (2005), and by Debi Derryberry in Crash Team Racing Nitro-Fueled (2019).

Pasadena is first seen with Ebenezer Von Clutch and Willie Wumpa Cheeks discussing where to find more racers. A little while later, she introduces herself to the Bandicoots and Team Cortex, stating that she's racing for Von Clutch, and promises to beat Cortex.

Over the course of the game, she tasks Crash Bandicoot with finding a crystal, a starter, and coins in order to buy her cars and get them running. She is also revealed to have a huge crush on Crash, utilising this time to openly flirt with him.

However, despite her strong feelings for Crash, she had briefly believed - along with everyone else - that Crash had stolen the park gems, only for Willie to admit it out of his frustration of their incompetence.

After Crash stopped Willie from escaping, Pasadena - along with Coco and Crunch - confronted Willie, only to witness his destruction to Cortex, making the four grimace in disgust at Willie's now-melted form. They later celebrated after Crash and Crunch sent Team Cortex flying.

Pasadena was devastated when Von Clutch died, but instantly cheered up when Crash shot his black power gem into Von Clutch's open chest and brought him back to life. However, after Crash had accidentally knocked the black power gem out of Von Clutch's chest when patting his back, Pasadena is left shocked along with Coco and Crunch as Crash drives away.

In Crash Team Racing Nitro-Fueled, Pasadena appears as a playable racer as part of the Neon Circus Grand Prix. She can be unlocked in the game's Pit Stop for 1500 Wumpa Coins. 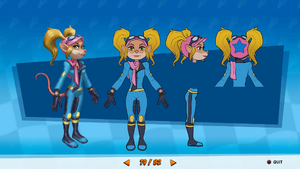 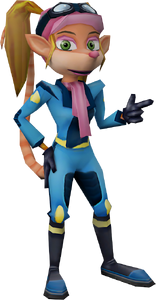 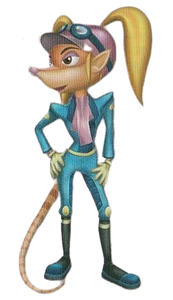 Pasadena in the Jap version of Tag Team Racing. 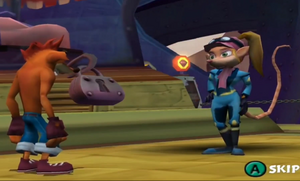 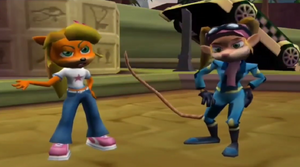 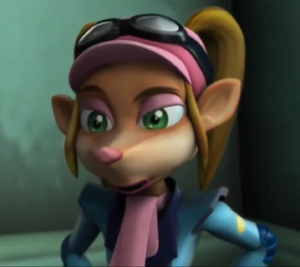 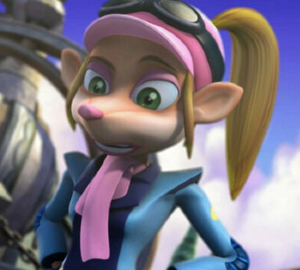 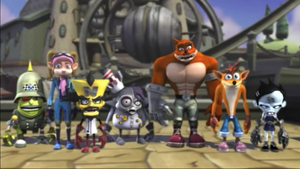 Pasadena with the team. 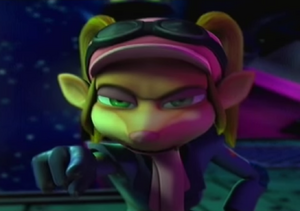 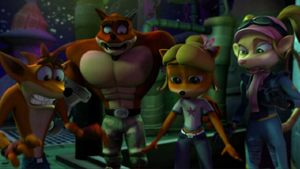 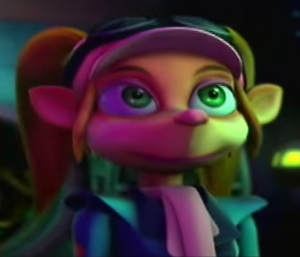 Pasadena smiles as she watches the sky. 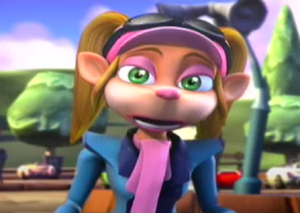 Pasadena explains that Ebenezer is dead without the gem. 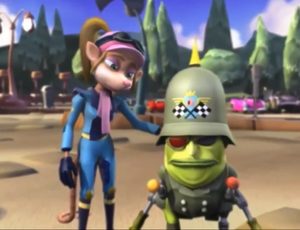 Pasadena looks at Ebenezer with sadness. 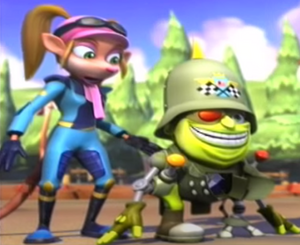 Pasadena reacts as Ebenezer comes back to life.

They give Crash thumbs up anyway. 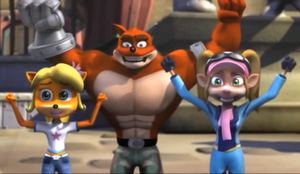 They cheer for Crash as he happily drives away. 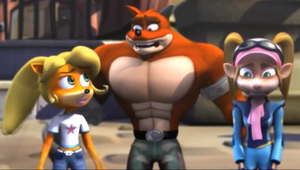 They droop in despair. 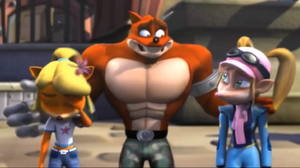 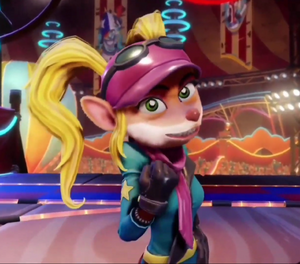 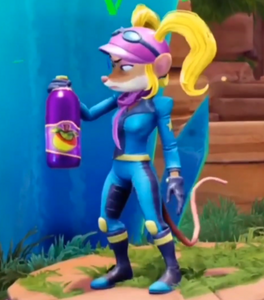 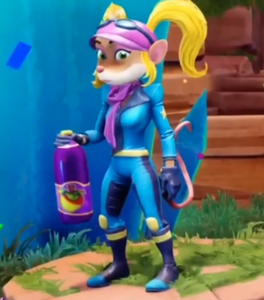 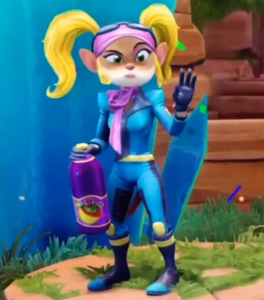 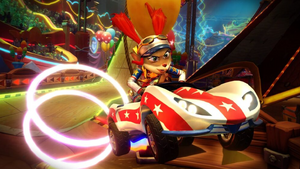