Passion Fruit is a main character in the Annoying Orange Series. As a female anthropomorphic passion fruit, she was originally the tritagonist, Passion is currently the only main female protagonist in the series due to a lack of female characters. She's a girlfriend of Orange and Pear. She is voiced by IJustine.

Passion Fruit is very frightened. Orange assured her that she would get used to the kitchen while sitting next to a nervous Pear. He appears very frequently on the TV Show and remains the tritagonist there. 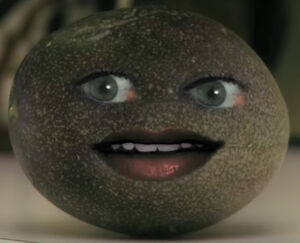 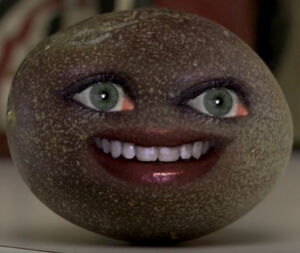 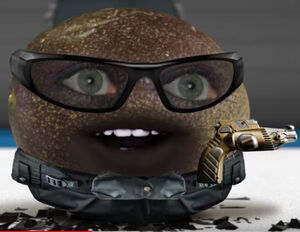 Passion as an Secret Agent
Add a photo to this gallery

Retrieved from "https://hero.fandom.com/wiki/Passion_Fruit?oldid=2006147"
Community content is available under CC-BY-SA unless otherwise noted.