Transform into human when it is full moon

Cursed
Patches is a supporting character of Bunnicula.

He is voiced by Eric Bauza.

When he is in cat form, he is orange cat.

He turn into human, he have same hair as cat, he is overweight, wears white shirt, blue pants and pink rabbit

He is laidback, fun-loving weredude. Patches often forgets he is a weredude, and acts like a cat even in human form. 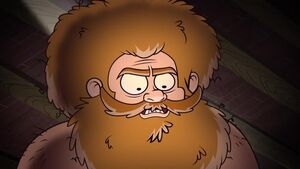 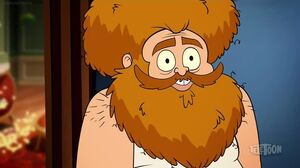 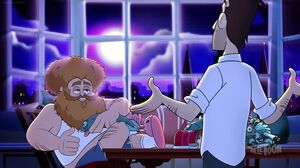 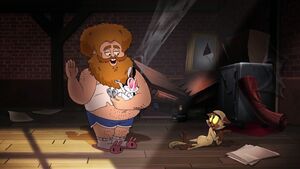 Retrieved from "https://hero.fandom.com/wiki/Patches?oldid=1997632"
Community content is available under CC-BY-SA unless otherwise noted.