To save Digital World, Human World

Digimon
PawnChessmon is minor characters of Digimon Data Squad. He is partner of Megumi Shirakawa. He can digivolve to his Champion form, KnightChessmon and Ultimate form, BishopChessmon.

He is voiced by Stephanie Sheh in the English Version.

He look like white pawn chess piece, looking the same as the chess piece.

He and PawnChessmon (Black) help with DATS's attempts to keep Digimon from damaging the peace of the real world, and can often be seen working at computer terminals. They usually stay out of battle, but lend a hand by digivolving to Champion when SaberLeomon's army attacks, and by digivolving to Ultimate when Belphemon appears.

However, Belphemon is able to degenerate them back to their Rookie forms using his chains. They also fought against the Royal Knight Gallantmon but were defeated. Later, PawnChessmon were present in the battle against King Drasil but did little fighting.

They eventually returned to the Digital World with the other Digimon. 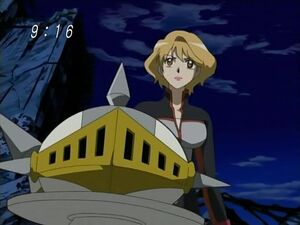 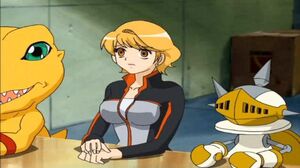 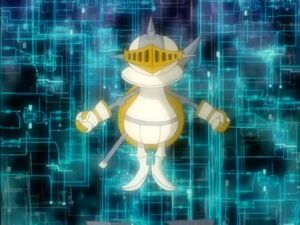