Aquatic Teenage Hero
Pearl Krabs is a teenage whale and main character in SpongeBob SquarePants. She is the adoptive daughter of Eugene H. Krabs. The species disparity between Pearl and her adoptive father has never been explained in the series, as late creator Stephen Hillenburg was against solving this mystery.

Pearl is portrayed as upbeat, overemotional and moody at times. Nickelodeon's official biography for Pearl reveals that she is the smartest creature in Bikini Bottom and is great at math, but she hides her skills to fit in with her friends.

Pearl tends to spend money much more often than Mr. Krabs. She has spent great amounts of Mr. Krabs' money in the past on superfluous things, and has admitted to maxing out his credit cards trying to buy shoes. Pearl's favorite activity is shopping at the mall, and she even holds a job as an assistant at the "Grandma's Apron" shop.

When she grows up, Pearl is set to become the new manager of the Krusty Krab. Mr. Krabs has tried to interest her in becoming an employee earlier, but Pearl would rather wait as she fears it could affect her social life. Nonetheless, Pearl takes over the restaurant on the rare occasion that Krabs cannot.

Pearl has gray skin and is very tall compared to the other characters. She has blonde hair that she ties in a ponytail with a pink clip. There is a red heart shape on the bottom of her nose that turns into lips when she kisses. She has solid blue, oval-shaped eyes and six eyelashes on each eye. Pearl has five ventral pleats on her neck, usually drawn as five lines with the middle one longer than the rest. Usually, only four pleats are visible since she is normally seen from the side. Pearl is one of the few characters with one eye on each side of her head, meaning she has monocular vision.

Pearl's normal outfit is a pink cheerleader dress with a purple skirt and the letter "P" stitched on the front. She also sports white heeled boots, which are made of barnacles. 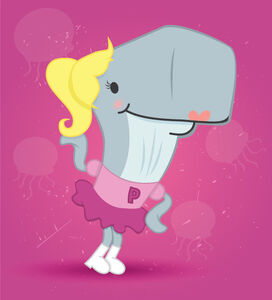 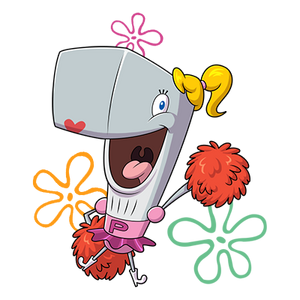 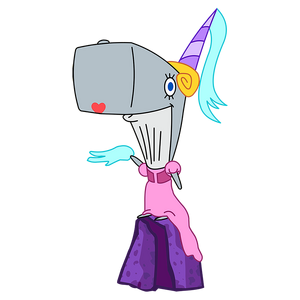 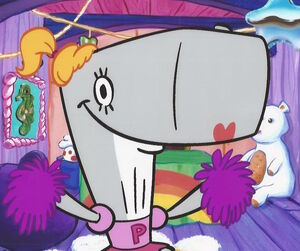 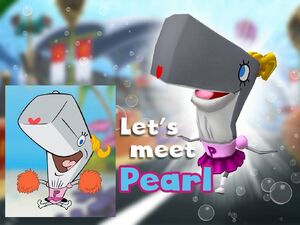 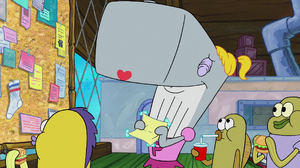 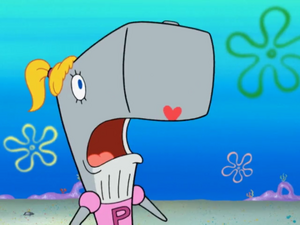 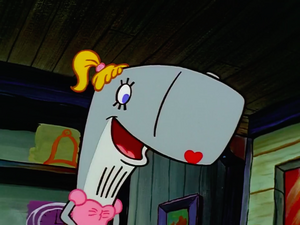 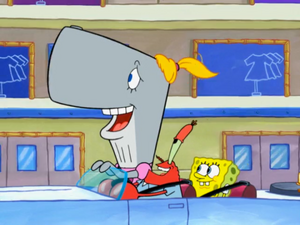 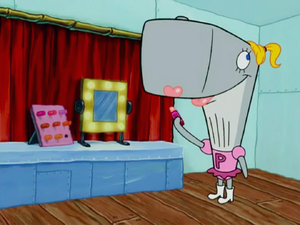 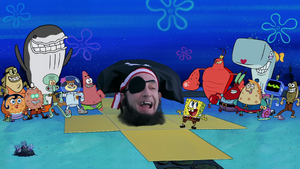 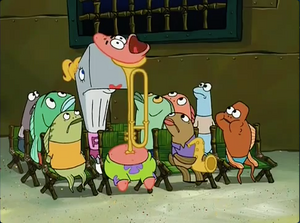 So just don't ask.
Add a photo to this gallery

Retrieved from "https://hero.fandom.com/wiki/Pearl_Krabs?oldid=2244818"
Community content is available under CC-BY-SA unless otherwise noted.