The Boy with the Bread

Loverboy
The Dandelion in the Spring (by Katniss Everdeen)

Tribute in the Hunger Games (formerly)

Protect Katniss and make sure she wins the Hunger Games.

Rid Panem of the tyrannical Capitol and Coriolanus Snow (both succeeded).

Peeta Mellark is a male tribute in District 12 who enters the Hunger Games in two consecutive years. He is the deuteragonist of the book and in The Hunger Games trilogy in the film.

He is portrayed by Josh Hutcherson, who also voiced Nod in Epic, and portrayed Sean Anderson in The Journey series.

He first briefly met Katniss when he gave her burnt bread when Katniss was starving. He survived the 74th Hunger Games along with Katniss Everdeen, his fellow partner in District 12, by almost eating poisonous berries.

Their excuse to Panem, for why they defied the capital, was because Peeta had confessed his love to Katniss during the interview to make her seem wanted, and get sponsors during the games. 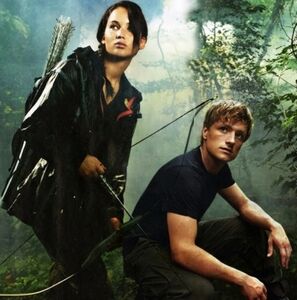 Peeta and Katniss during the games. 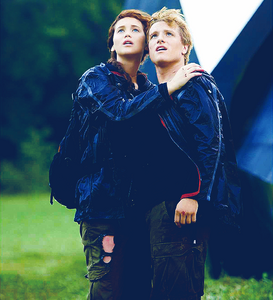 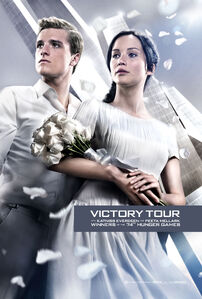 The lovers in Catching Fire. 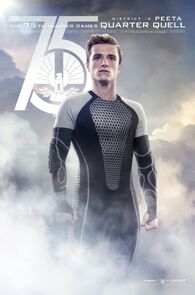 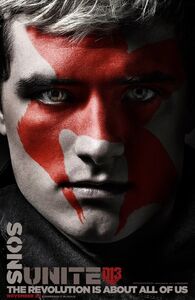