Being with her father Hugo.

Penelope is Princess Rapunzel's dragon friend and sidekick from the 2002 animated film, Barbie as Rapunzel. She is voiced by Cree Summer who also voiced Kim from The Care Bears Movie, Abigail Lincoln from Codename: Kids Next Door, and Susie Carmichael from Rugrats.

Penelope is a nice, funny and clumsy young dragon. She is very helpful and eager to prove her dragon abilities to her friends, her father and herself. Her father finds her lack of flying and fire-breathing skills disappointing as she is meant to be terrifying.

She is afraid of any insects, also snakes and spiders, and heights, though later she carries Rapunzel over the magic wall. Penelope feels as if her father is never happy around her, much to her dismay, and tells Hobie he never smiles around her. However, when her father says she is a real dragon, she becomes more confident in her abilities.

Penelope is polite and supportive of Rapunzel and her artwork, and she can think quickly when she and her friends are in trouble. She is also loyal to Rapunzel and tries to help her whenever she can, which contrasts Hobie, who is always more logical and reluctant. Penelope sometimes finds Hobie irritating due to him being sarcastic a lot of the time. 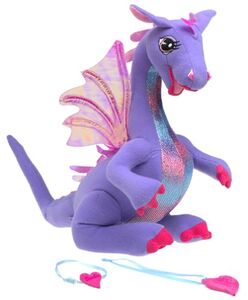 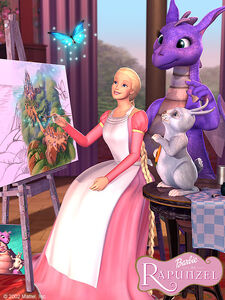 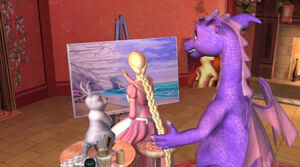 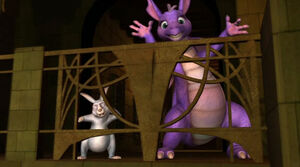 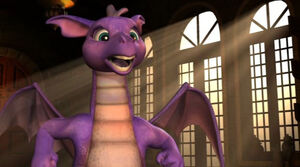 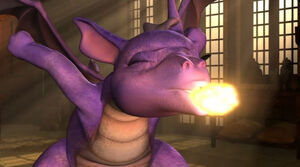 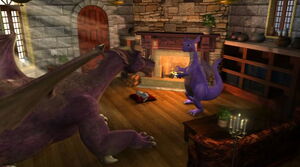 Retrieved from "https://hero.fandom.com/wiki/Penelope_(Barbie)?oldid=1805014"
Community content is available under CC-BY-SA unless otherwise noted.