Help Everest get home and protect him from poachers (succeeded)

Kid Hero
Peng is a major character from Dreamworks 2019 movie Abominable. He is the younger cousin of Jin and a friend of Yi. He is voiced by Albert Tsai.

Peng is a young boy with a passion for basketball. He is very childish and goofy which makes him bond easily with Everest who is a young yeti and shares Peng's childish antics. Peng loves food especially Nai Nai's pork dumplings and even shouting in excitement when Everest uses his powers to grow blueberries. Peng is also a sucker for soda which his mom doesn't allow him to drink.

Peng likes to annoy his older cousin because of his popularity, but despite that, he does care for Jin. Peng also cares for Yi and is sympathetic to her after her father had passed away. He does anything to help and comfort Yi during their journey to the Himalayas, showing his compassionate nature. He also loves having fun with Yi. When confronted by danger, Peng is shown to be quite intelligent for his age as he created a distraction with yaks, in order for him and Everest to escape Dr. Zara, Burnish, and their henchmen. 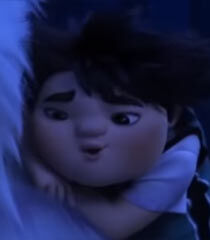 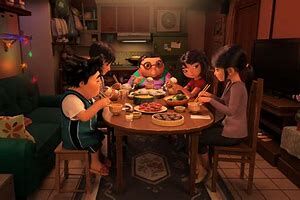