Save the Littlest pet shop (succeed)

Penny is generally kind-hearted. She is gentle, soft-spoken, and very sweet. She tries to be helpful, but her help sometimes causes unwanted results. She is very sensitive and her feelings can be easily hurt, as shown in "Penny for Your Laughs" when Pepper teased her and made hurtful jokes about her (which resulted in Penny bursting into tears).

Penny's talent lies in gymnastics geared activities, but she is particularly fond of ribbon dancing. She is usually very graceful but can be a bit clumsy, sometimes as a result of others messing her up.

While Penny is sensitive and cutesy most of the time, she is also shown to have a bit of a temper. In the event that she is angered, she reveals an unstoppable rage. In "Mean Isn't Your Color," Penny held a grudge over a clothing design that she believed that Blythe intended for her to wear and frightened the other pets with her attitude. On some occasions, she is also shown to possess a great deal of physical strength. In "Mean Isn't Your Color", she tore a chair apart when she was angry, and nearly crushed Russell and Sunil when she hugged them in "Topped with Buttercream".

Penny is a panda with purple-blue colored markings and very pale purple eyes with gray tint. The inside coloring of her ears are pale-lilac. 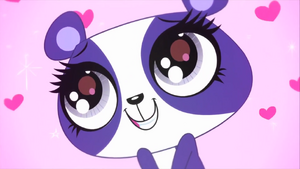 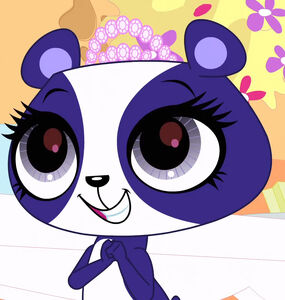 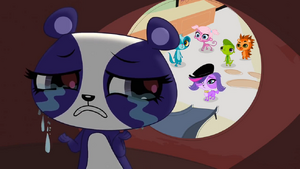 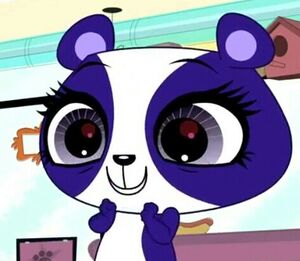 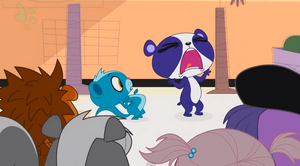 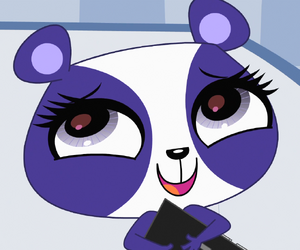 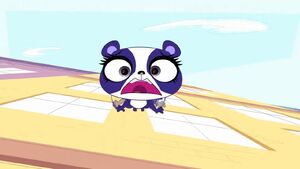 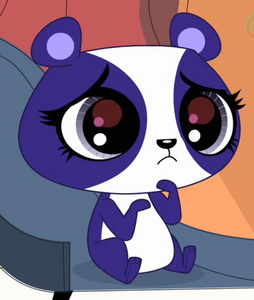 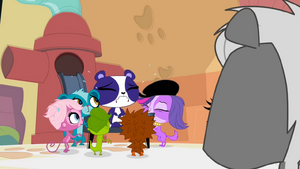 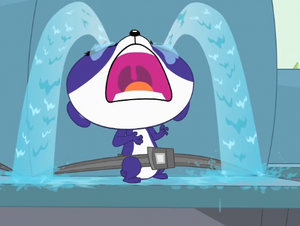 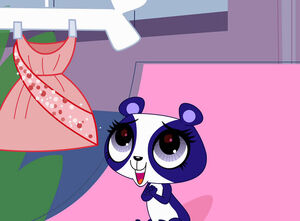 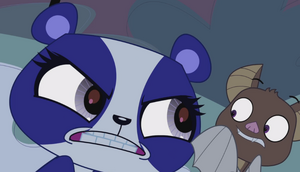 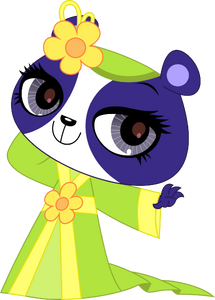 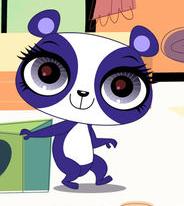 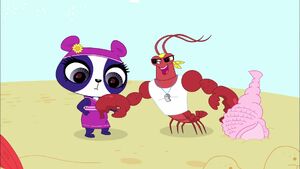 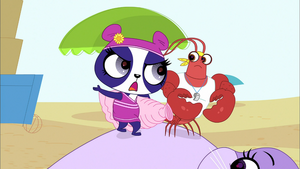 Penny Ling putting her foot down with Snappy Clawster, telling him that she is proud of her natural weight.
Add a photo to this gallery

Retrieved from "https://hero.fandom.com/wiki/Penny_Ling?oldid=2021151"
Community content is available under CC-BY-SA unless otherwise noted.