Penta Penguin is a character from the Crash Bandicoot series.

He was voiced by Fred Tatasicore in Crash Team Racing: Nitro Fueled.

Penta Penguin is a secret playable character that can only be unlocked using a cheat code at the game's main menu screen.

Penta is referenced after defeating Dingodile during Warped. The player earns an achievement/trophy called "Penta's Revenge".

Penta Penguin returns again in this remaster as a secret playable character. Like in the original game, Penta can only be unlocked by entering a cheat code at the main menu screen. He is a Speed class driver.

In the manga he originated from, Penta Penguin attempts to sell various things for high prices and seems to have a short temper. He is also head-over-heels in love with his girlfriend Gurin and will do anything to win her affections. 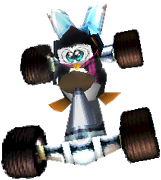 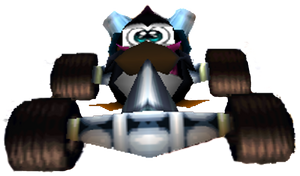 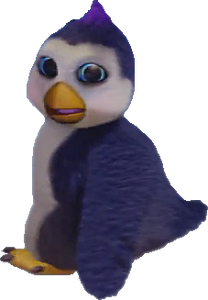 A penguin seen in Crash Bandicoot: N. Sane Trilogy that some believe to be Penta. 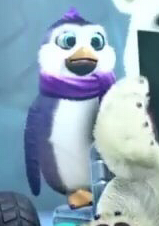 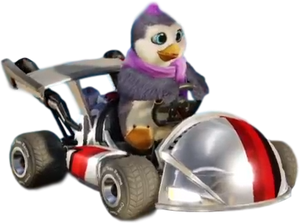 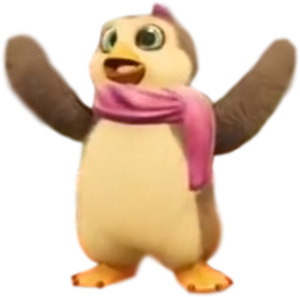