Spending time in Camp Half Blood.

To live a normal Life.

Perseus "Percy" Jackson (Born August 18, 1993) is the demigod son of Sally Jackson and Poseidon, the half-brother of Tyson, the former stepson of Gabe Ugliano, the stepson of Paul Blofis, the titular protagonist of the Percy Jackson and the Olympians book series by Rick Riordan and the film adaptations, one of the main characters in it's sequel book series The Heroes of Olympus, a supporting character in the second sequel series The Trials of Apollo and a guest character in Magnus Chase and the Gods of Asgard.

He is the son of the sea god Poseidon and has been diagnosed with dyslexia and ADHD. Percy has been an outcast all his life, but when his satyr friend Grover takes him to Camp Half-Blood, a safe haven for demigods, a whole new world opens for him. He won't let any bully, monster, bad guy, Titan, or obstacle stand in his way, and the series consists of Percy learning what it truly means to be a hero and going through a handful to save Mount Olympus.

In the films, He is portrayed by Logan Lerman, who also played D'Artagnan, and Norman "Machine" Ellison. Chris McCarrell portrayed the character on Broadway, off-Broadway and national tour.

Percy began the story as a mischievous twelve year old going from one boarding school to another. Although he was a demigod, he didn't know anything about the world or that his father was alive and a god until his math teacher Mrs. Dodds turned into a Fury and tried to attack him, but failed when Percy vaporised her with Riptide.

After going to Camp Half-Blood and being revealed as Poseidon's son, (it is against the rules for the big three gods Zeus, Poseidon and Hades to have kids) he went off on his adventure with his satyr friend Grover Underwood and Annabeth Chase (a daughter of Athena). After the quest he was betrayed by his friend and Hermes' son Luke Castellan who revealed that he was in league with the leader of the Titans Kronos.

Since then he has gone through many adventures and met many friends. Eventually he fought for Mt. Olympus against Kronos in The Last Olympian, and started dating Annabeth. In The Heroes of Olympus set four months after the Titan War, he's taken away from Camp Half-Blood by Hera and loses his memory. He becomes the leader of Camp Jupiter (a camp for Roman demigods) but soon in The Mark of Athena he meets with his old friends, and he, along with Jason Grace (a son of Jupiter), Piper McLean (a daughter of Aphrodite), Leo Valdez (a son of Hephaestus), Frank Zhang (a son of Mars), Hazel Levesque (a daughter of Pluto) and Nico di Angelo (a son of Hades), travels in the Argo II for the rest of the journey to stop Gaia rising.

At the end of the book, Percy and Annabeth fall into Tartarus, and resume in The House of Hades. The two forced their way through, and closed the Doors of Death. But their battle against Gaia's giants finished in The Blood of Olympus with Percy and Annabeth deciding to finish their senior year of high school together before attending New Rome University.

In the third Magnus Chase and the Gods of Asgard book "The Ship of the Dead", Percy helps train Annabeth's cousin Magnus (who like Percy and Annabeth, is also a demigod but is Norse instead of Greek) train for his quest to stop Loki from triggering Ragnarök. It is also revealed in this book that Percy has become a brother to Sally and Paul's daughter Estelle (who is named after Percy's maternal grandmother).

Kronos: The main antagonist of the series and also Percy's paternal grandfather. Ever since the gods defeated him millennia ago, Kronos, king of the Titans, is determined to destroy the gods and take over the world.

Gabe Ugliano: Percy's cruel stepfather who mistreated him and Sally before his adventures begin.

Mrs Dodds: Percy's mean math teacher at Yancy Academy who despises him and on one field trip turns into a Fury and attacks him.

Luke Castellan: Son of Hermes and a conniving traitor. Traumas in his childhood fueled him down a dark path, which led him to rebel against the gods and take sides with Kronos. Later, Percy could understand why Luke went rogue.

Polyphemus: A monstrous cyclops who lives on an island in the Sea of Monsters. He uses the stolen Golden Fleece to lure satyrs into his cave to capture and eat them; Percy and his friends outsmart him.

Percy as the demigod son of Poseidon is an immensely powerful individual as stated by multiple people throughout his adventures and is one of the most powerful demigods in the world. The only other demigods whose powers rival his are Jason Grace, Thalia Grace, Nico Di Angelo and Hazel Levesque. He has fought and defeated many monsters probably more than any other demigod as well as other demigods, gods, titans, and giants. He on more than one occasion has contributed to the salvation of Olympus and the world as a whole. Percy has these abilities and traits: 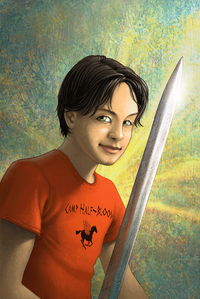 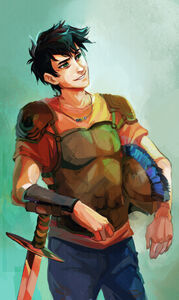 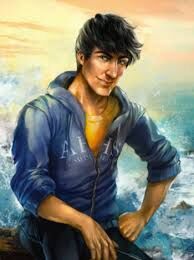 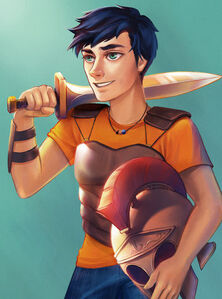 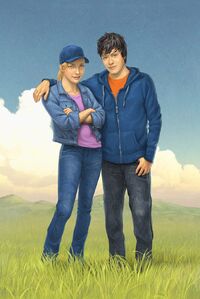 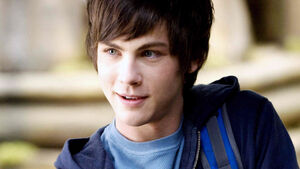 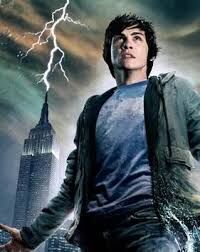 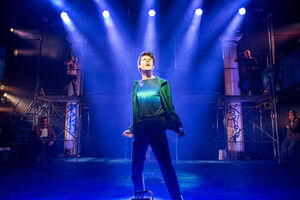 Percy Jackson in the musical.
Add a photo to this gallery

Retrieved from "https://hero.fandom.com/wiki/Percy_Jackson?oldid=2163366"
Community content is available under CC-BY-SA unless otherwise noted.