To regain his memory (succeeded) and fit in as Luke (formerly)

Amnesiac hero
Peter Appleton is the main protagonist of the 2001 drama The Majestic.

It is 1951 and screenwriter Peter Appleton is about to get his big break when he's blacklisted as a Communist and subsequently fired from the studios. No-one wants to be associated with him, so naturally he heads to the bar and tells a bottle of beer all his problems. After driving his car off a bridge, Appleton miraculously survives, albeit without his memory. He wanders into the town of Lawson, California. In a bizarre coincidence, Peter is a dead ringer for Luke Trimble - one of the town's young men who never returned from the war. Convinced that he is his missing son, Harry Trimble takes Peter in and tries to pick their lives together back up where they left off. Peter tries to fit into his new identity, hoping to regain his memories. All the while, the House Un-American Activities Committee is hunting him down...

He was played by Jim Carrey.

In 1951 in the midst of the Second Red Scare, Peter Appleton is an up-and-coming young screenwriter in Hollywood. He learns from studio lawyer Leo Kubelsky and his own attorney Kevin Bannerman that he has been accused of being communist because he attended an antiwar meeting in college years before, a meeting he claims he only attended to impress a girl. In an instant, his new film "Ashes to Ashes" is pushed back for a few months, the credit is given to someone else, his movie star girlfriend Sandra Sinclair leaves him, and his contract with the studio is dropped. Peter gets drunk and goes for a drive, where he accidentally drives his car off a bridge to avoid an opossum.

He comes to on an ocean beach experiencing amnesia. He is found by Stan Keller, who helps him to the nearby town of Lawson, California and the local doctor, Doc Stanton, to tend to his wounds. As the town welcomes him, Harry Trimble arrives and believes Peter to be his son Luke, who went MIA during World War II seven years ago. Due to his amnesia, Peter accepts himself being treated as Luke by the rest of the town, and warms up to the town, including getting to know Harry and Luke's girlfriend Adele Stanton. Peter adjusts to the new life and helps to renovate the Majestic, a movie theater that had been shut down due to hard times. Bob Leffert, a veteran of the war that knew Luke, does not believe Peter is Luke, and fears Peter may be setting the town up for heartbreak given they had lost sixty other young men during the war. Despite this, Peter helps to restore the theater, invigorate the town, and encourages them to display a memorial commissioned by President Franklin D. Roosevelt after the war that the town did not previously have the heart to display. Meanwhile, Peter's disappearance leads Congressional committee member Elvin Clyde to believe Peter is a Communist, and he sends two Federal Agents to California to search for him.

One night, Peter recovers from his amnesia when the Majestic shows one of his own films, just as Harry suffers from a near-fatal heart attack. The doctor reports Harry's time is short, and Peter cannot come to admit the truth, allowing Harry to die believing his is Luke. After the funeral, Peter admits the truth to Adele, who had already suspected it, and supports his decision to tell the rest of town. Before he can do so, the Federal Agents discover him, and summon him to appear before Congressional committee in Los Angeles. At the hearing, Leo advises Peter to agree to reveal a list of other named "communists" as to clear his own name. Peter has an argument with Adele over this decision, and she gives him a letter she had gotten from Luke, which contains both Luke's awareness he might die in the war for a real cause, as well as a pocket-sized version of the U.S. Constitution. Peter changes his mind at the session, and confronts Congressmen Doyle during the televised session. Peter gives an impassioned speech about American ideals, which sways the crowd and forces the lawmakers to let him go free. As Peter discusses the result with Kevin, he learns that the girl in college was the one that had named him to the committee.

Peter attempts to return to his former career but finds he cannot deal with the ridiculousness of their ideas, and leaves Hollywood. Peter instead returns to Lawson, fearing an unwelcome reception. Instead, he receives a hero's welcome from the town's citizens, who have come to respect him as an individual. Peter then resumes ownership and management of The Majestic, he gets married to Adele, and the two have a son together. 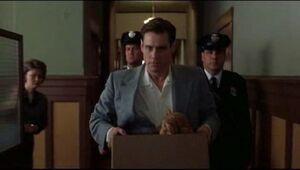 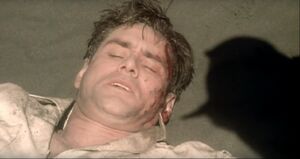 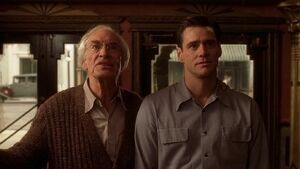 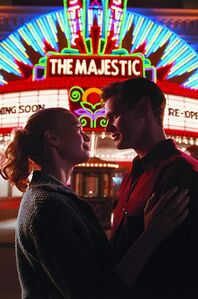 Peter with Adelle Stanton in front of Majestic theatre. 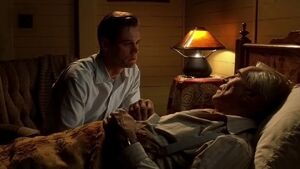 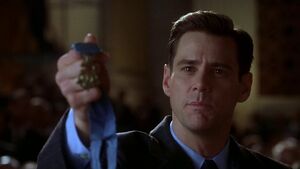 Peter presenting the real Luke's medal.
Add a photo to this gallery
Retrieved from "https://hero.fandom.com/wiki/Peter_Appleton?oldid=1744512"
Community content is available under CC-BY-SA unless otherwise noted.