Peter Puppy turns into a large monstrous dog whenever he is hurt, mad or scared. This trait is very similar to that of Dr. Bruce Banner as the Hulk. While he is in his monster form, he will attack Earthworm Jim or anything that resembles him (as seen when he once attacked Psy-Crow, who was disguised as Jim at the time). After a short while, he transforms back to his cute normal form.

In the Television series, Peter was born an ordinary puppy who played in an unusual way. The other dogs made fun of him for being small. So he breaks the taboo to show his worth: approaching a running vacuum cleaner. But he did not realize that vacuum cleaners were canine-specific transdimensional portals. He was sucked through and ended up on the planet Heck to face Evil the Cat. Evil casts "the greatest of torments" upon Peter: an evil spirit possesses him. Peter got transformed and gained anthropomorphism, clothes, intelligence, and the ability to transform into a monster whenever he was "in times of stress"; and, according to Evil, only tickling would return him to normal since evil spirits couldn't stand that sort of interaction. Finding out he could talk, he passed out. Then Evil sends him back to Earth where everybody made fun of his new appearance.

He decided to run away to Paris, and became a poet, but his buttons were pushed and the transformation was triggered. After he changed backed, he wandered the earth, and then came to Terlawk where he first met Jim. Their encounter was a painful one for Peter when bumping into Jim, his nose was hurt, and he transformed. However, Jim, thinking he was a supervillain battled Peter and threw him on a bus of orphans. Jim found out Peter was ticklish and returned him to normal before tying him up and dragging him, claiming victory. Peter then said in tears that he was not a supervillain, telling Jim to lock him up anyway because he was an outcast and a freak. Jim, knowing how he felt, comforts a crying Peter and offers to make him his sidekick. To this, Peter smiles and accepts.

In the series, he has relatives Jim must rescue. If he drops too many, Peter will get mad and transform into his monster form. He also appears in the game for the Nintendo 64, Earthworm Jim 3D, as a part of Jim's memories.

Peter, as he appears in the games. 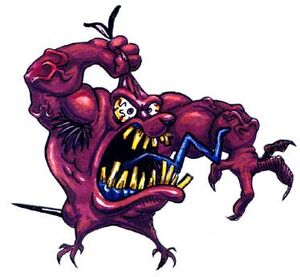 Peter's monster form
Add a photo to this gallery

The Origin of Peter Puppy 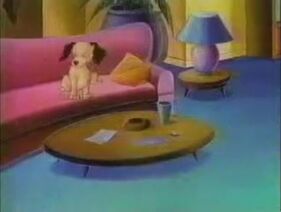 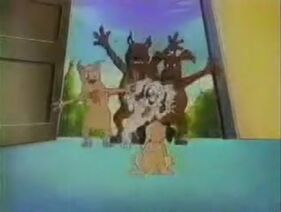 The other dogs taunting Peter for being so small 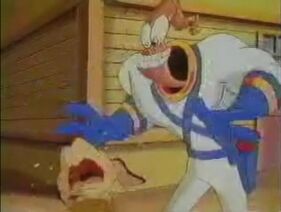 Peter has an emotional breakdown while Jim tries to comfort him. 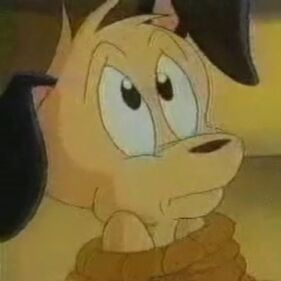 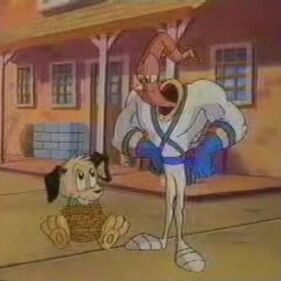 Add a photo to this gallery
Retrieved from "https://hero.fandom.com/wiki/Peter_Puppy?oldid=1843678"
Community content is available under CC-BY-SA unless otherwise noted.