The Croods: A New Age

Father of the Betterman Family

Keep everyone safe within the wall (formerly)

Defeat the Spiny Mandrilla to bring peace across the lands (succeeded)

Prehistoric Farmer
Phil Betterman is a major character in The Croods: A New Age. He is the husband of Hope Betterman and the father of Dawn Betterman. Phil is Grug Crood's best friend and brother-in-arms.

He is voiced by Peter Dinklage, who also portrayed Eddie Plant in Pixels, Tyrion Lannister in Game of Thrones and Mighty Eagle in The Angry Birds Movie films.

Phil is the patriarch of the Bettermans. He is very intelligent, fatherly and creative as he likes inventing new ideas to help the family and improve the lands. Like Grug, Phil is extremely overprotective, foolish and worrisome of his family and takes great lengths in keeping them safe from danger. But unlike the former, Phil can be very cowardly, spineless, laid-back and mild-mannered as he would run and hide from problems rather than face them. Phil and Grug had a rocky start at first because of their different views on how to raise their families and what's best for everyone, but after getting kidnapped by the Spiny Mandrilla's army of Punch Monkeys and realizing how much pressure they were putting on both of their families, the two of them learned are not so different and they reconcile and form a very strong friendship with each other. Phil not only considers Grug as his best friend, but also as his brother-in-arms and member of the family. 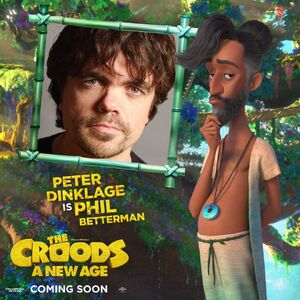 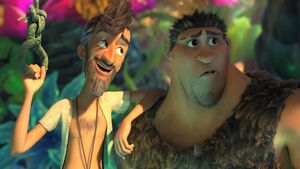 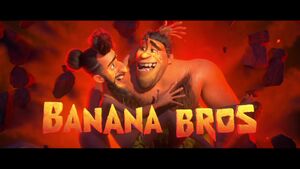