Phosphophyllite or Phos for short, is the main protagonist of Land of The Lustrous(Houseki no Kuni) and the youngest Gem when the story began. They're weak, brittle - not suited for battle - and their clumsiness makes them difficult to maintain any other roles. Phos has always wanted to be useful.

Phos' initial job was to make a natural history encyclopedia which they progressed very little on. They promised to help Cinnabar find a job suited for them as well.

Phos so far is the only Gem who has had drastic body and personality changes.

Phosphophyllite is unique in being the only Gem to exhibit vast personality changes over time. Phos was initially clumsy, spoiled, and had a flexible way of thinking. They talked big about themselves, but were actually aware that they were useless. Prior to their many changes, they hid their frustrations by acting naggy and spoiled. They were the only Gem who talked back at Kongo-sensei. Despite their overall lack of ability, they were eager to fight because they loved Kongo-sensei and wanted to help him just as all the other Gems do. Even though Phos desired to join the battle, the first job they got after 300 years of unemployment was being a scholar and making a natural history encyclopedia. Phos disliked this job from the beginning and had a very difficult time completing it even with the aid of other Gems. They didn’t like hard work but were willing to do it in order to be useful. Phos had a habit of saying, "I'll do better next time", although they didn’t always accomplish that.

Phosphophyllite tends to do reckless things, and has on many occasions disobeyed Kongo-sensei, more so as time went on. An example of this is when she followed Ventriscous into the ocean. Because of the way the Gems view life, Phos accepted Ventriscous’ reason for her betrayal even though they could have been captured by the Moon People.

Phos' personality began to change after Antarcticite’s abduction, which was also around the same time Phos lost their original arms and had them replaced with a gold-platinum alloy. They were traumatized and began to hallucinate and have nightmares about the event. Their new arms gave them strength and great ability though, especially in combat where Phos became easily able to defend and attack the Moon People. This new-found strength caused them to become more confident, humble, and mellow. But they also became melancholic and solemn, no longer possessing the happy, energetic, and carefree attitude they had before.

After the incident with Shiro, Phos overheard Kongo talking with the Moon People and began to distrust and question Kongo-sensei. After their original head was taken by the Moon People and replaced with Lapis Lazuli's, they become more level-headed, cautious, observant, and manipulative, just as Lapis had been. They now focus more on their own goals and the safety of the others Gems over their concern for Kongo-sensei. 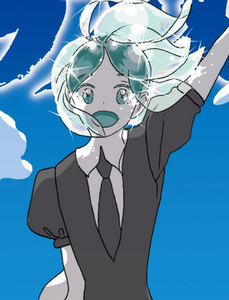 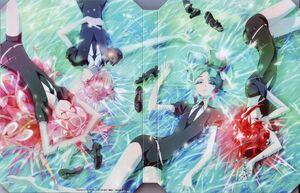 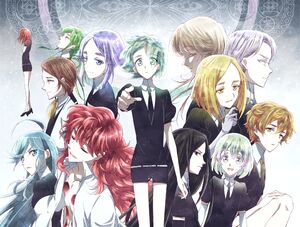 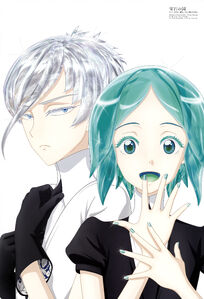 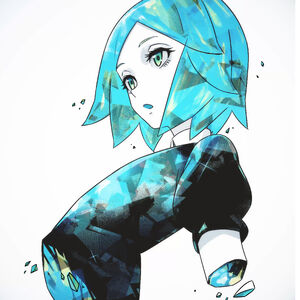 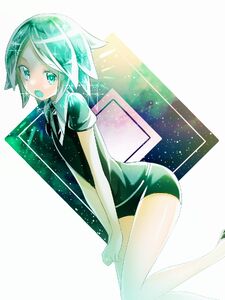 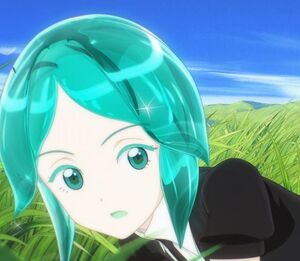 Add a photo to this gallery
Retrieved from "https://hero.fandom.com/wiki/Phosphophyllite?oldid=1950320"
Community content is available under CC-BY-SA unless otherwise noted.