Commander of the Forces of Nature

Lightning Flash Phosphora (電光のエレカ Denkou no Ereka, "Eleka the Lightning") is the boss of Chapter 14 in Kid Icarus: Uprising and one of Viridi's commanders of the Forces of Nature.

Super Smash Bros. for 3DS/Wii U

While she isn't playable, she appears as an Assist Trophy, where she zips across the stage and fires lightning bolts at her foes. She will flinch if an opponent attacks her, which will temporarily stop her from attacking.

Can Phosphora will be In Super Smash Bros. again in a new game as brawler?

Phosphora is a blonde-haired human-like deity who has purple eyes, looking to be 16 or 17 years old. She adorns a blue scarf that can conduct electricity, causing it to levitate and become rapturous when Phosphora harnesses electricity.

Phosphora is a rather complicated individual, as evidenced in his loyalty to Viridi and her new liking to Pit. She is not thrilled to have multiple fights right after each other, but nonetheless is happy to fight Pit. When Pit begins his rallying cry, Phosphora fires a few bolts of lightning at him, interrupting his attempt and telling him to just skip to the main act, even though stalling is in her best interest since she needs another thirty seconds to "recharge".

However, Phosphora is actually quite nice and even flirts with Pit a little, which is further demonstrated by her assisting Pit with the Lightning Chariot after the Forces of Nature's Heel–Face Turn. 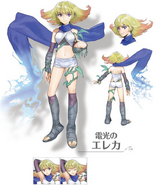 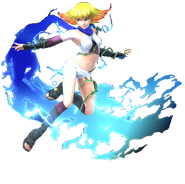 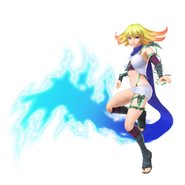 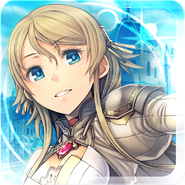